I Lost Friends When I Joined Government Says Richard Mofe-Damijo 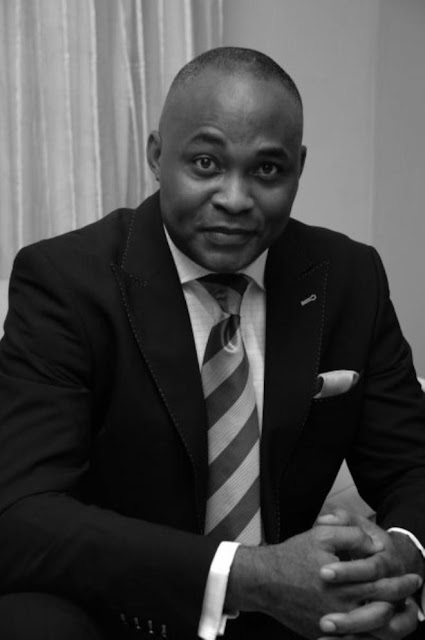 Accomplished in the true sense of the word, Richard Mofe-Damijo is one of few who have enjoyed a remarkable career progression. From teaching to journalism, acting, business, law and politics, he can be described as jack of all trades and indeed, master of all.

Nollywood’s glamour boy and a force to reckon with in the creative and entertainment industry, he gained popularity when he acted in the television soap opera, Ripples, which held sway in the 80s and later, Checkmate, in the 90s. He recalls how he built up the zeal for acting: “I was influenced by the actors and newscasters of yesteryears who I frequently watched on television. Growing up, I wanted to be on television after I saw a play that Jimi Solanke and Jide Ogungbade took part in. The play had me riveted to my seat and instantly, I knew that was what I wanted to do. So, I was not confused about my course of study when it was time to go to the university.

“My mum was not educated and she did not understand what I, her only child, meant when I told her I had a passion for theatre. I did not know how best to explain the idea to her. So, I told her she would see me on television. Sooner or later, I secured admission into the University of Benin in 1980 to study Theatre Arts and I was one of the best graduands in my class.”


Born in 1961, in Warri, Delta State, RMD as he is popularly known admits to have had a wonderful childhood but misses the unity and cohesion which was typical of that period. “Those days were the days of innocence,” he reminisces.

“I had fun and there were no tribal or ethnic boundaries when I was growing up. I miss all that because ethnic and religious boundaries are too severe right now.”

A young graduate, he started out as a teacher. He states, “After I completed the National Youth Service Corps programme, I came to Lagos in search of a job and I discovered that having a Second Class Upper degree was not enough to get a job at that time. That was between 1983 and 1984 when there was an embargo on federal employment. I wanted to teach so I could get regular funding and also practise theatre. I got a part-time job to teach dance and drama at Kings College, Lagos but it was not a paid job. I wanted to help young people develop their potential in dance and drama.”

Feeling unaccomplished, RMD chanced upon writing and his first feature article was published in The PUNCH. According to him, that signalled a major turning point in his life. He had stints with other media houses before he established Whitewater Ltd., a public relations consultancy firm which was incorporated in 1995.

Previously married to May Mofe-Damijo (nee Ezekiel), he enrolled at the University of Lagos where he studied Law after the former’s demise in 1996. This was because he needed to put the tragic turn of events out of his mind and also fulfil his mother’s desire for him to become a lawyer. Called to the Nigerian Bar in 2005, he signified his interest in politics two years later.

“On the invitation of the former Delta State Governor, Dr. Emmanuel Uduaghan, I joined his government and was appointed a special adviser and later Commissioner for Culture and Tourism.”

However, he admits that both roles came with their peculiar challenges. “The challenge with government is having to wait for budgeting to come through. Funding became a challenge and it affected productivity and bureaucratic processes. Whenever I recall events, I am happy because I was able to impact on my community.”
Like other public servants, he received knocks for some of his actions. “I had my fair share of criticisms and it was a low period for me because people tend to believe the worst things about you. At some point, I had to draw back. You lose friends and family because they presume you have made money   and are only being selfish with it.”

On his aspirations now that he is no longer in public service, he says, “I am back to what I love to do, which is working in the creative industry. It is a massive place and there is so much to be done once we embrace the required technology.”

An achiever in different endeavours, he describes success as “being a leading light in what you do, making a difference and not conforming to the rest of the society.”

“If you stand out and become a leader in your generation, you also have to be successful in order to impart knowledge to the people. Money is secondary,” he submits.

Elaborating on his success tips, RMD notes, “I ensure the work is done before I celebrate. I like to burn the midnight candle and put in that little extra which makes all the difference in what I do. You cannot be exceptional if you do not add an extra to whatever you do.”

Married to Jumobi, a former on-air personality, he gives a dramatic account of how they met: “We met atAfrica Independent Television almost 20 years ago where I attended a function. We were introduced, became friends and we’ve been married for 15 years. I like brilliant women who are dark and beautiful. I used to call herAdumaradun, a Yoruba praise word for beauty. She is consistent and is my anchor.”

Also a doting father, Mofe-Damijo places much value on family and would not give it up for anything in the world. He notes, “When I became a commissioner, I promised my wife that I would not stay away from home for more than two weeks. In the eight years I worked with the Delta State Government, I practically flew in and out of Lagos every week at great personal expense. I love my family and my life is defined by my family. They give me stability.”

A life coach who does not consider himself a motivational speaker, he works with teenagers and young adults; an area he admits is his forte. Offering advice to the youths, he says: “They should avoid shortcuts to success. There is a stampede to be successful and people think they can achieve that through fraudulent means. Children have to be taught certain values that will see them through life.”

Not only does he like acting, he enjoys travelling and wishes to publish more books as a writer.

In the recent past, his decision to lose weight was misconstrued for ill-health by some section of the populace. Recounting the episode, he had this to say: “I was neither sick nor suffered from a terminal disease. My parents died before they clocked 60 and they both suffered from diabetes and high blood pressure. I decided to look into my health when I turned 52. I met a fantastic lady who knew her job and she drew up a 1200 calories a day diet plan for me. I am stronger now and every organ in my body is in a perfect condition.”

A selective dresser, he believes in keeping it simple and letting his individuality come through.

“I like to wear accessories which give my dressing a little definition. Also, the occasion determines how I dress. My sartorial style is more English and European than American,” he concludes with a self-satisfied smile.