Pastor Rapes Teenager Who Helped To Massage His ''Aching Waist'' 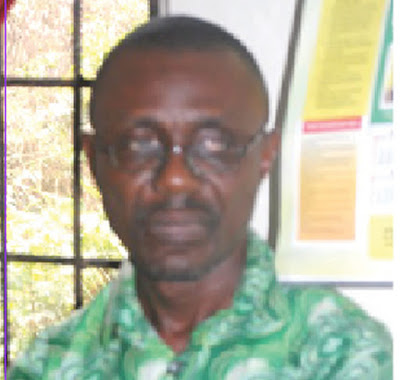 The General Overseer of Agape Baptist Church, Pastor Oprite Amakiri, has been arrested in Rivers State.

The 50-year-old randy pastor confessed to how he deceived a member of his church and raped her 18-year-old sister before he was exposed and dragged to the police.

Amakiri was said to have told about 200 members of his church that he had been battling waste pain for the past two years and stressed that God told him that a girl between the age of 12 and 18 years old would be needed to massage his waist for him to be healed, Punch reports.
However, the gullible members of the church did not see anything wrong in the randy pastor’s ‘prophecy’ and one of them, the elder sister to the victim (names withheld) decided to make available her 18-year-old sister for the massage job.

The pastor (Amakiri) decided to visit the home of his victim’s sister to get massaged while the owner of the house (victim’s sister), who is a roadside trader, had gone to do her petty trading.

It was learnt that the pastor raped the girl on three occasions and threatened to deal with her if she dared expose his deeds to anyone, including her elder sister.

Not satisfied with the development, the victim (names withheld) slammed the door against the pastor on the fourth day and stopped him from gaining access into the room for another round of sex.
Angered by the girl’s effrontery, the randy pastor put a call across to the elder sister of the victim and told her that the 18-year-old girl was trying to stop ‘God’s prophecy’, an action that forced the naïve victim’s sister to abandon her wares and rushed home with dissatisfaction.

On getting to her house, the rape victim told her sister how she had been defiled on four occasions by the pastor. It was at that point that the trader raised the alarm and Pastor Amakiri was arrested.

Speaking with newsmen, the errant pastor confessed to the crime and said nobody should blame it on the devil and that he (Amakiri) should take the blame because he actually planned and executed the rape of the teenager.

“The elder sister to the girl I raped is a choir member of my church. It was after choir practice one Thursday that I informed the sister that I would like to visit her house for a serious discussion and she obliged me.
“The following day, I paid her the visit and requested that she allow her younger sister (his victim), to massage my waist, that I had been having ache on it in the past two years and every treatment, drugs and injection had failed.

“She then went and discussed with the younger sister, who accepted to help me. So, we had the first massage treatment that day while the elder sister was around and nothing happened between me and the little girl.
“On Saturday, I called her to inform her that I was coming back for the treatment, I got there while she was about to leave for choir practice in the church. While the massage was going on, I had the (sexual) urge. So, I had carnal knowledge of the girl. I have successfully raped her three times,” Amakiri, whose church is located in Rumuolumeni, added.

The cleric, whose wife is a health worker in Degem Locl Government Area of the state, explained that he could not tell his wife to massage him because she only came home from her work place once a week when she was off duty.
Amakiri, who has four children, stated that it was during his fourth attempt at raping the girl that he met a brick wall and since then, he had not regained his freedom.

He said, “It was the fourth time that she (victim) locked the gates against me. So, I had to call her sister on her cell phone and she rushed to the house from her shop and began to interrogate the girl on why she did not want to massage my waist again and she disclosed what has been happening between us.

“I sincerely regret my actions. It is like the ground should open up and swallow me. Don’t blame the devil for what has happened, blame me because I was tempted and I did it,” he added.

The victim, who simply gave her name as Goodness, told newsmen that she never knew the pastor that was respected so much by members of his church could think of having sexual intercourse with her.
She said the pastor had warned her on each occasion he forcefully had carnal knowledge of her not to disclose what happened to anybody, including her elder sister.

“I was in the house when the pastor came and asked me to massage his waist. On the first day, I massaged him, nothing happened between us. But on the second day, while I was massaging him, he began to touch my breast and raped me.
“I tried to escape, but he held me and warned me never to tell anybody what he did to me. He has raped me three times,” the victim said, adding that she used vegetable oil to massage the pastor’s waist.

Speaking on the matter, the State Police Public Relations Officer, Mr. Ahmad Mohammad, said the randy pastor had confessed to raping the girl on several occasions, adding that Amakiri would be charged to court at the end of an ongoing investigation into the matter.