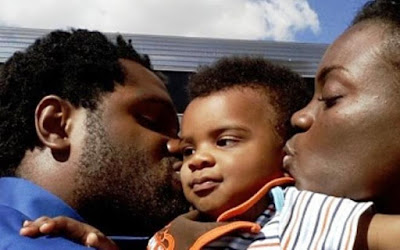 Nigerian music producer and singer, Cobhams Asuquo, remains a toast of many each day as his magic fingers on the keyboard helps to release that true feeling of good music people lookout for.
Not the flashy kind of celebrity, gradually building an empire with his loving and caring wife, Cobhams, in a recent interview disclosed that despite his physical disability, that has not hindered him from being romantic.
The singer who so much adores his family especially his wife, who had to sacrifice her high paying job in a telecommunications company just to spend time with him, stated that being a die-hard romantic man, affection is the only language a woman understands.

When asked by This Day newspaper, if he does normal romantic things, he replied, “(Yes) Of course! I am a die-hard romantic man and I love my wife very much because affection is a language any woman would respond to. It is something any man should be proud to give. So, I am affectionate, caring and loving to the best of my ability.”