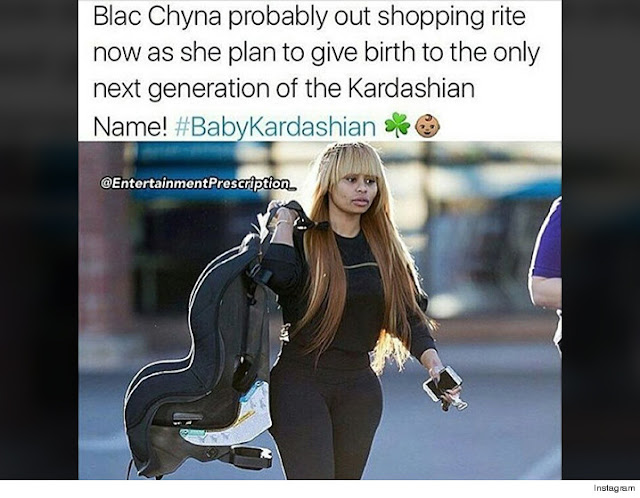 Rob Kardashian just kicked a social media hornet nest by joking (we think) about knocking up Blac Chyna, while also taking a jab at his sisters ... in one brilliant meme.
Rob posted the pic of BC carrying a baby car seat and saying she's out to birth the "next generation of the Kardashian name!"
It's a hardcore troll of Kim, Kourtney, Khloe and Blac Chyna's nemesis, Kylie -- especially since we know Rob's friends and family aren't happy about his hook-up with Chyna.
Funny to us ... but not so much for the sisters, we're betting.


Rob Kardashian and Blac Chyna have been getting hot and heavy in more ways than one.
Sources close to the unexpected couple tell TMZ, Chyna has been a positive influence on Rob because she's helping him get back in shape.
But don't get it twisted ... we're told they're definitely more than just workout buddies -- the romantic relationship is fairly recent, and things are more playful than serious.
We're told Chyna introduced Rob to her personal trainer about a month ago, and since then they've done several intense workouts together. With and without the trainer, we're guessing.
TMZ.
Follow Me On Twitter & Instagram: @effiongeton
Posted by Unknown at 07:00:00