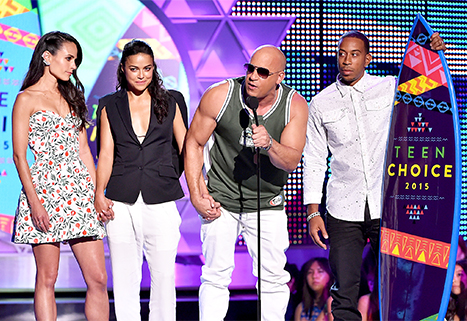 It's been almost two years since Paul Walker died tragically in a car crash at age 40, but as the 2015 Teen Choice Awards proved on Sunday, Aug. 16, he's still very much in everyone's hearts.

Diesel, 48, paid tribute to his longtime friend just before the news was announced, when he and his Furious 7 family -- Michelle Rodriguez, Ludacris, and Jordana Brewster -- took the stage to accept the surfboard for Choice Movie: Action/Adventure.

"I can't stand here and be rewarded like this without talking about somebody very, very, very important to us," the Guardians of the Galaxy star said. "One of the best blessings in our lives was the fact that we had the opportunity to call Pablo our brother. Paul Walker is here in spirit with us." 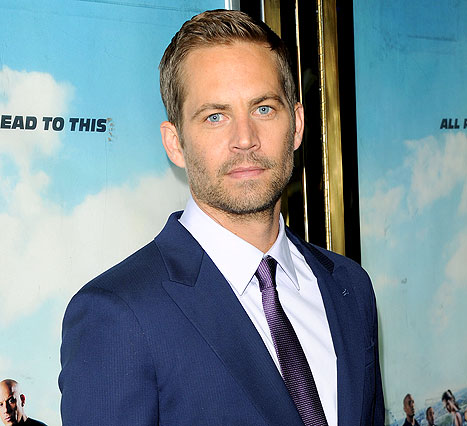 Amid cheers from the crowd, he went on to acknowledge somebody who was very, very, very important to Walker -- his 16-year-old daughter.

"Since this is a Teen Choice Award, you beautiful teens, there is one teen in the audience that is a part of the family that kept us going," an emotional Diesel continued. "It's Paul Walker's family, his brothers, his parents, that kept us encouraged while we were filming Furious 7. But there's one very, very, very special teen here. And her name is Meadow Walker."

Ludacris, doubling as a co-host for the awards show, and Brewster, who played a love interest for Walker's Fast and Furious character, added their two cents, too. "Rest in peace!" Luda said.

"We miss you and we will always, always love you, Paul," Brewster piped in.
Walker was in the middle of filming Furious 7 when he died on Nov. 30, 2013. His brothers, Cody and Caleb Walker, stepped in to help complete the movie on his behalf.