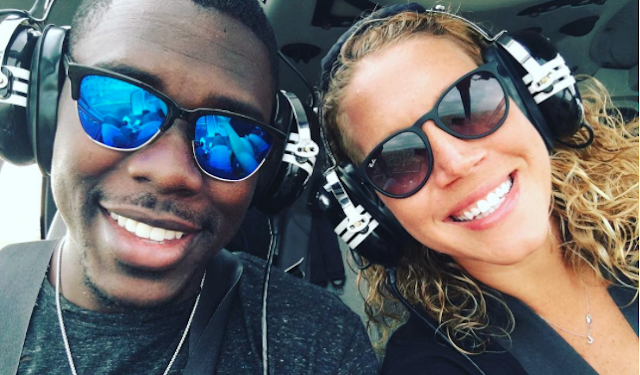 The baby is not due for another few weeks but word is they’re planning to induce labor early so the doctors can operate on her brain without affecting the baby. Jrue said that the Pelicans organization has given him a lot of support during this rough time.

PEOPLE: NBA star Jrue Holiday will not be there to start the New Orleans Pelicans’ 2016-2017 season. Instead, he will be by his wife Lauren Holiday’s side.
The Holidays were left devastated when they received news that doctors had discovered a benign tumor on the right side of Lauren’s brain, according to NOLA.com.
Lauren, who is an retired soccer star, was about six months pregnant at the time of the diagnosis, and while the tumor is operable and not a threat to their unborn daughter’s health, it needs to be removed.

“My family comes before basketball,” Jrue, 26, told NOLA.com. “I’m obviously blessed to play this game and be in the position I am in, but my wife is the most important thing in the world to me. She comes before anything else.”
He also commented on how the diagnosis has affected the upcoming birth of their daughter.“Obviously, we were and are still very excited about the birth of our first child, but our focus shifted from having this magnificent blessing to making sure everything is going to be OK with Lauren and the child,” Jrue told NOLA.com. “Our priorities right now are being able to manage Lauren’s symptoms and still have a fairly healthy pregnancy.”
Lauren, 28, is due in mid-October, but the couple is hoping to induce the birth so doctors can operate on Lauren as soon as possible, NOLA.com reported. Doctors are planning to operate six weeks after Lauren gives birth, according to NOLA.com.
“Lauren has her good days and her bad days; some are better than others,” Jrue said in the interview. “She’s obviously a fighter, the toughest woman I know. That’s the reason why I married her.”
Jrue added that his team has been incredibly supportive of his decision to take a leave of absence.


“The Pelicans have been great,” Jrue said. “There wasn’t any pressure to be with the team or to choose between my team and my wife. They told me to be a husband first. I don’t think they know how much their support means to me and my family.”
Follow Me On Twitter & Instagram: @effiongeton
Read more - http://effiongeton.blogspot.com.ng/
Posted by Unknown at 12:53:00