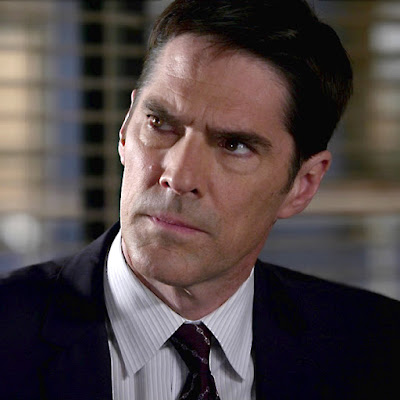 Thomas Gibson‘s two-episode suspension from Criminal Minds has become a full-fledged firing. In a statement, ABC Studios and CBS Television Studios — which co-produce the CBS procedural — said, “Thomas Gibson has been dismissed from Criminal Minds. Creative details for how the character’s exit will be addressed in the show will be announced at a later date.”


The move comes in the wake of an on-set altercation in which Gibson allegedly kicked a producer. “There were creative differences on the set and a disagreement,” Gibson said earlier this week in a statement. “I regret that it occurred. We all want to work together as a team to make the best show possibleWe always have and always will.”


As reported by Deadline, this latest incident was the second of its kind for Gibson, who years ago reportedly shoved an assistant director and subsequently was made to attend anger manager classes.
“I love Criminal Minds and have put my heart and soul into it for the last 12 years,” Gibson said in a statement to THR on Friday. “I had hoped to see it through to the end, but that won’t be possible now. I would just like to say thank you to the writers, producers, actors, our amazing crew, and, most importantly, the best fans that a show could ever hope to have.”
Thomas’ character, BAU Special Agent Aaron Hotchner, will likely be sent away on special assignment. During TVLine’s Season 12 preview Q&A with Erica Messer, the showrunner made mention of a storyline that will take Hotch off the canvas. Setting up the return of Paget Brewster as BAU team member-turned-Interpol agent Emily Prentiss, Messer said, “Prentiss is doing essentially temporary duty with us, while Hotch is on temporary duty doing something that the Director tapped him to do.”