No plan to Increase Electricity Tariff in Nigeria, says NERC 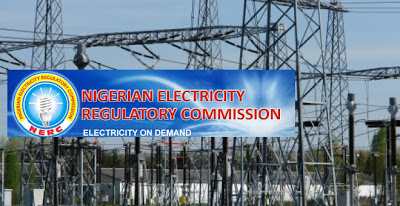 The Nigerian Electricity Regulatory Commission (NERC) on Tuesday denied reports that there were plans to increase power tariffs across the country.
Six months ago, NERC increased electricity tariffs for different categories of consumers by over 45 per cent, but it denied doing so this time around because of the prevailing economic situation in the country.
It also stated that none of the operators in the industry was pressing for an increase in tariffs, adding that it had not received any application to that effect.

This is coming as the Nigerian National Petroleum Corporation assured operators in the power sector that by September this year, it would have completed the repair of vandalised pipelines supplying gas to the power plants.
Reacting to a media report (not The PUNCH) that the power firms had made a request for 100 per cent increase in tariffs, NERC said in a statement issued in Abuja on Tuesday, “The Nigerian electricity supply industry is not contemplating any tariff increase as none of the industry operators is pressing for 100 per cent increase in electricity tariff. This clarification is coming on the heels of a speculative media report that created the impression that NERC is considering applications from electricity distribution companies for 100 per cent increase in electricity tariff.
“Contrary to this report, NERC has not received any request for 100 per cent increase in tariff from any electricity industry operator as most of them are at this moment preoccupied with the challenges of improvement in service delivery imposed on them by the existing tariff regime.
“The commission as well as the industry is responsible enough to appreciate the state of the economy, level of power generation, how Nigerians are coping and would, therefore, not make any decision that could further aggravate the challenges faced by the power sector and the economy.”
On the completion of gas pipelines, the Federal Ministry of Power, Works and Housing, in a communique issued on Tuesday after the seventh monthly meeting of the minister with operators in the power sector, stated that the national oil firm assured stakeholders that it would support the industry by making gas readily available once the infrastructure was fixed.
It stated, “The NNPC acknowledged the current gas constraints to the power sector and assured consumers of steps to improve gas supply to power plants, which include restoring previous supply levels by completing repairs to vandalised pipelines by September 2016.
“The NNPC also discussed new supply additions from alternative sources as well as improving the readiness of power plants to receive gas, which should improve power supply in the country.”
The Minister of Power, Works and Housing, Babatunde Fashola, according to the communique, revealed some developments towards achieving incremental power for the country during the meeting.
Some of these include the recent Power Purchase Agreements that were signed to provide solar power from 12 companies, which should add almost 1,000 megawatts of electricity after implementation in coming years.
He also noted that the Azura power plant construction was on schedule and when completed, it would add 450MW of electricity to the national grid.