Barber Stabs His Mother To Death in Lagos 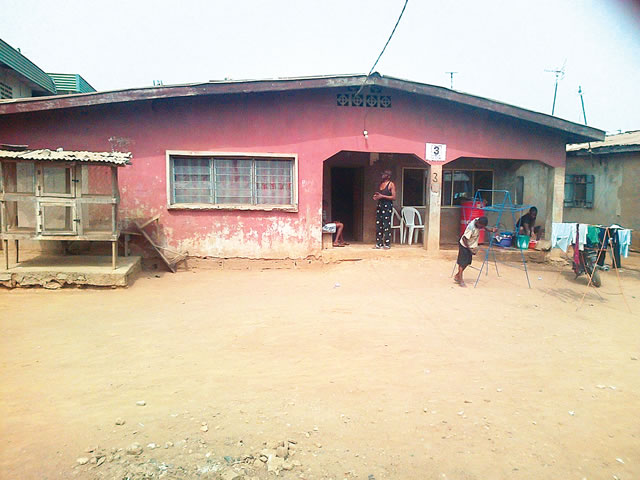 A barber, Ibrahim Oluyinde, has been arrested for allegedly stabbing his mother to death in the Abule Egba area of the state.

Oluyinde, who hails from Abeokuta, Ogun State, allegedly killed his mother on Friday claiming that she was responsible for his father’s death which occurred sometime last year, Punch reports.

It was learnt that at about 2pm on Friday, Oluyinde, paid a visit to his mother in her rented apartment on Bunmi Christopher Close. The duo were indoors until an argument erupted.

The mother, whose name had yet to be ascertained, was said to have raised the alarm, and thereafter begged her son not to kill her.
Neighbours were said to have rushed to the scene where they saw the woman in a pool of blood.

Ibrahim reportedly fled from the area, while the neighbours reported the matter at the Oko Oba Police Division.

The suspect was, however, nabbed on Saturday by the police.
When a Punch correspondent visited the area, one of the neighbours, who spoke on condition of anonymity, saidthe woman was a mother of three, and Ibrahim was the second child.

He said, “It was last year that the woman moved in with her husband. She was about 57. She was a goldsmith. One of her grandchildren – the daughter of her first daughter – was staying with her before this incident happened.
“The father, however, died last year from sickness. He could not talk for some time before the sickness eventually claimed his life.At about 2pm on Friday, I was in the kitchen when I heard some sharp cries from the woman’s room. She was calling on neighbours for help.Others and I went to the woman’s door; it was locked. So, I went round and opened the window, I saw Ibrahim’s hand; it was wet with blood, but he refused to open the door.We asked him why he attacked his mother; all he said was that it was his mother who killed his father. We were all shocked. The man is a barber. He plaits hair too. He, however, managed to escape. The police later arrested him and brought him to the house on Saturday.”

Another resident, who gave his name only as Kolawole, said,

“The woman had a granddaughter staying with her. She is about one year and four months. The toddler was crying while Ibrahim attacked his mother. It was God who saved her; perhaps she might have been attacked too.
“The strange thing is that the duo had not fought before in the house. Ibrahim did come once in a while to check his mother. He is the second child. He has an elder sister and a younger brother.
“When I got to the woman’s room on Friday, he had run away through the back door. We forced the door open and met the lifeless body of Ibrahim’s mother on the floor. He stabbed her several times in the neck.”