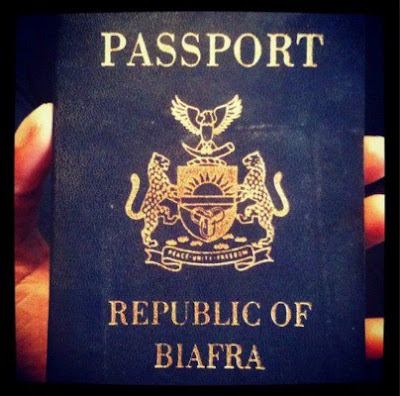 The governments of the United States and the United Kingdom have said they do not recognise the passports being issued by the Movement for the Actualisation of the Sovereign State of Biafra.

The National Director of Information, MASSOB, Sunny Okereafor, had said two weeks ago that the passport was valid worldwide, adding that the travel document costs N5,000 while its renewal costs N2,000
He had said,

“I assure you that the Biafran passport is valid. Except Nigeria, other countries of the world accept Biafran passport and allow our citizens to travel with it. In Europe, North and South America, Biafran passport is accepted. Nigeria is the only country that seizes Biafran passport.
Go to neighbouring Ghana here, they will stamp the passport for you. Don’t be confused by the propaganda of the Nigerian government that there is nothing like Biafra passport.

However, a Punch correspondent sent an email to the American consulate in Lagos to inquire from the US regarding the claim of MASSOB.
In his response, the Deputy Public Affairs Officer at the consulate, Frank Sellin, said,

“The United States does not consider passports purporting to be from a Biafra entity to be a valid legal document for purposes of visa issuance.”

A similar response from the British Government was sent to The PUNCH via email.