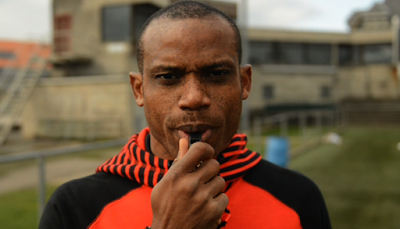 Coach Sunday Oliseh has fired a warning, stating that he will only consider players who feature in top leagues both home and abroad.

Stephen Keshi, however was known to call up players from the lower leagues overseas.

Sunday Oliseh said he wants to make changes and not do the same thing Stephen Keshi did. He said:

“If you are not playing  in first division in anywhere in the world and in Nigeria, you cannot play for the Super Eagles henceforth,” Oliseh warned at a media presentation in Abuja on Wednesday.

“However players coming from the under-aged teams are the only exception to this rule.”


Oliseh said it is an honour to lead the Eagles now as a coach, but that he cannot turn around the footballing fortunes of the country by himself.

“It’s a great honour to be a coach of this nation,” he said.
“First of all, I am not coming as a Messiah. I am not coming as a man who can single handedly turn Nigeria to Germany.
“I am coming in to do my best and give if possible 150% all the time.
“The state we are now in Nigeria I think we are all not happy with. Gone are the days we have individual players who can single handedly win a match for you. But we have the potentials and that is our belief and the players must know that it’s an honour to be invited to the national team.
Vanguard