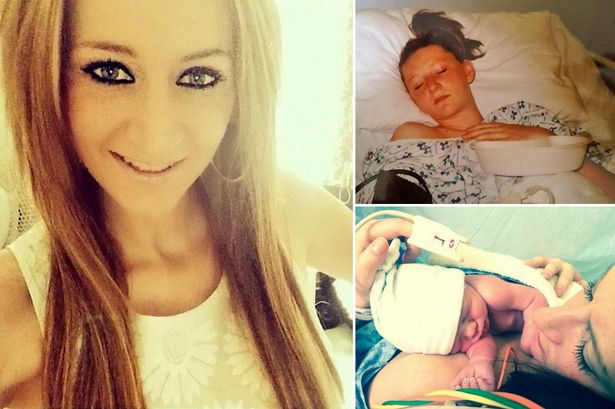 A woman has a rare condition that caused her to be born with two wombs which means every time she gets her period - she goes into labour.

Sophie Loader, 23, suffers debilitating labour pains at her time of the month which last up to 72hours..

She is struck down by painful contractions every month which mimic perfectly labour pains, because her second womb fills with blood - mimicking a full-term baby.

Sophie, was born with uterus bicornis, meaning she has two separate wombs but one vagina.The only way she can cope with the pain is through breathing exercises.The mum-of-one told the Mirror.
"I've been in labour more than 100 times, but only once for real. To say that it's a pain would be an understatement.


"It might shock women to hear I have been in labour more than one hundred times. "When I was 13 and the contractions started, I had never felt pain like it and couldn't understand what was happening to me, it was terrifying - even the doctor thought I might be pregnant."

"When I had Chase I was drugged up to the nines for my c-section, so sadly I can't compare the pain of real labour to my fake contractions.

"But I wouldn't wish this on any woman. "One labour is more than enough."