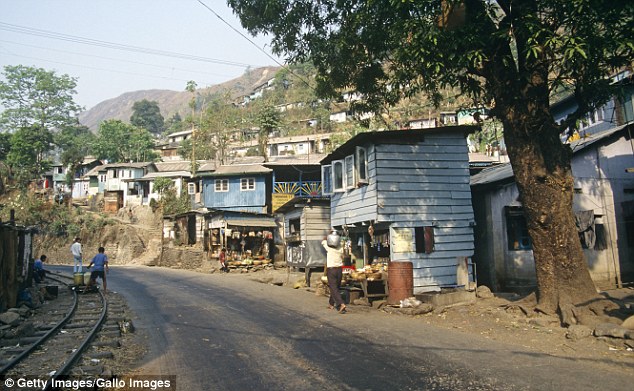 A 63-year-old Indian woman has been dismembered and beheaded by machete-wielding villagers who accused her of practising witchcraft.
Seven people have been arrested over the death of Moni Orang, a mother of five who was seized from her home in the northeastern state of Assam on Monday after local priests said she was casting spells.
'The attackers armed with machetes and other crude implements descended on the village and took away Moni Orang from her house and then brutally killed her,' senior police official Manabendra Dev Roy told AFP.

'She was decapitated and her limbs were chopped off.'
On Tuesday villagers stormed the local police station to protest against the arrests.
'Moni was a witch and had cast evil spells on her enemies,' said villager Kiran Teronpi on local television.

'There is no place for such sorcerers and so her killing is justified.'

The victim's husband R. Orang said his wife was 'an innocent woman' and accused the priests of stoking 'suspicion and provocation'.
Belief in witchcraft and the occult remains widespread in some impoverished and tribal-dominated areas of India.
In some cases women are stripped naked as punishment, burnt alive or driven from their homes and killed.
Some states including Jharkhand have introduced special laws to try to curb crimes against people accused of witchcraft.