Girl, 7, Loses Skin from ENTIRE Body Within a Week of Developing After Falling Ill from Mysterious Disease A Chinese girl has lost the skin from her entire body within a week of falling ill with a high fever.
Blisters suddenly appeared all over 7 year old Ma Jie's body before large areas of skin began to peel off.
Doctors said by the time she was admitted to the hospital in Hangzhou, east China, all the skin on her body had already peeled off, reported the People's Daily Online.

The girl has been diagnosed with epidermolysis bullosa (EB), a genetic condition that causes the skin to become very fragile.
Those who suffer from it are often called 'butterfly children' because their skin is as delicate as butterfly wings. 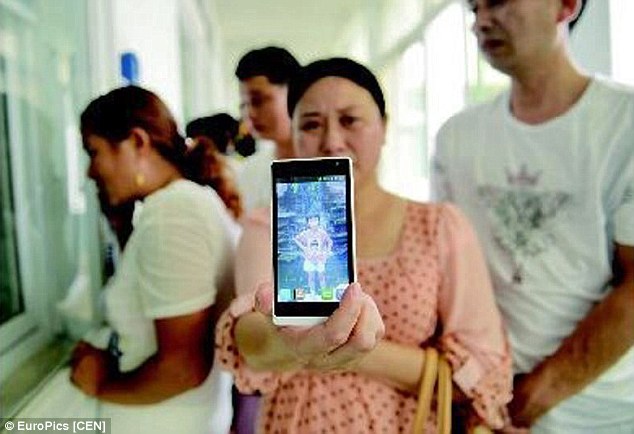 But doctors remain baffled by her condition because children usually get symptoms of EB shortly after birth.
Ma Jie fell ill with a high fever on July 7 but quickly recovered after taking medicine.

However, blisters suddenly appeared in her mouth and on her feet and palms the next day. The blisters soon spread to cover the rest of her body.
Her parents initially used toilet paper to try and protect her skin but later decided to take her to hospital.
Ma Jie has been given a skin graft using 930 square inches of pig skin, which covers approximately a third of her body.

Doctors said the operation was successful but Ma Jie remains in intensive care.
However, the skin graft only provides temporary covering and will be rejected by Ma Jie's immune system within a week.
Doctors hope this will give enough time for some of the wounds to heal.
Her parents have been warned that there could be further complications, and that the medical fees of 140,000 Yuan (£14,500) could rise even further. 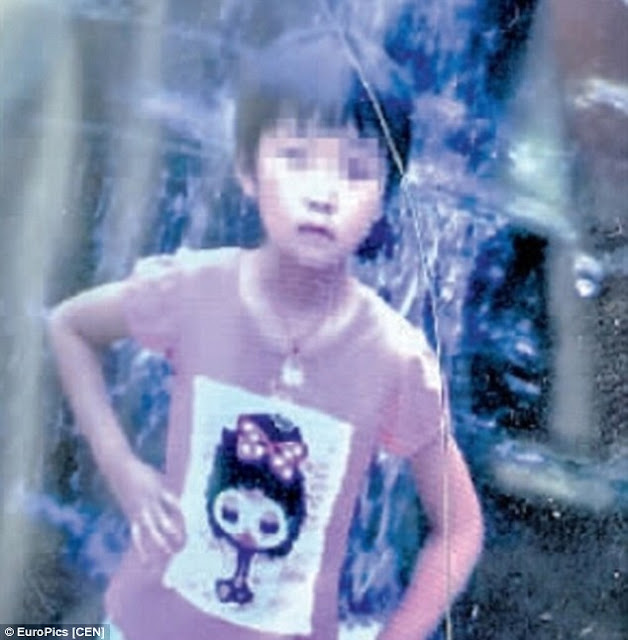 Ma Jie was adopted at a young age when her biological parents, who lived in a rural village and already had two children, felt that they could not care for another daughter.
Her adoptive parents decided to call her biological parents after they became worried by the severity of the condition.

Both sets of parents have been anxiously waiting for updates at the hospital.
Yu Guanghong, Ma Jie's adoptive mother, said: ‘Whatever happens, this child came to my home and I have to save her no matter what.
'I thought of telling her about her biological parents when she is eighteen. If she wants to go back to her biological parents, we won’t object either. We just want her to be well.’
EB is extremely rare, affecting just one in every 17,000 children.
The majority of people who suffer from EB die before the age of 30 because the condition can often lead to infections and means they are more likely to get skin cancer.
There is no cure for EB, meaning that treatment can only prevent blisters becoming infected.