Character is the Bases for Entrepreneurial Success – VP, Osinbajo 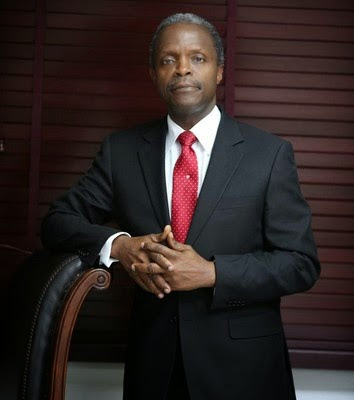 Vice President Yemi Osinbajo has identified the pivotal role of exemplary character in entrepreneurship, which in turn can become the platform for the growth of business and development of a nation’s economy.
Speaking today at the Tony Elumelu Entrepreneurship Programme, TEEP Boot Camp 2015, at the Covenant University, Ota, Ogun State, Vice President Osinbajo who represented President Muhammadu Buhari at the event, said the ground for entrepreneurial success is character.
According to him “enterprises and societies thrive, on the the values of moral integrity, self discipline, hard work and innovation, respect for rule of law, and the prompt payment of taxes. These are the critical components for successful economies and countries anywhere”.

He stated that “self-discipline, the ability to serve and to invest as well as bearing losses are critical,” noting that discipline alone is not sufficient.


The Vice President asserted that “the core of success in business is integrity, honesty and trust in the conduct of business,” adding that “credit worthiness is important in business, because when trust fails every other thing fails”. Osinbajo stressed that one cannot be a successful entrepreneur by cutting corners.
“The payment of taxes and other obligations, be it moral or civic, for the purpose of development of the economy, for building infrastructure and other services are all important in business”‘ he stated. He explained further that the payment of taxes is a matter of self-interest not just civic duty.
He expressed optimism that Africa now stands at the face of greatness after many years of being regarded as “the dark continent,” recording highest figures in poverty poor health- care, illiteracy, poor human development. He observed that the world today sees Africa as the next frontier for international business, a hub for development and growth of local and global enterprises.

He commended Mr. Tony Elumelu, the founder of the programme for “investing substantially in the ideas and vision of many young Nigerians and Africans, and helping to shape the future of the continent by building confidence in the young men and women to direct the success in the coming years.”
|The VP was also excited that the next generation of Africans have learned early the value of working together.
Other speakers at the Boot Camp included the Kaduna State Governor, Mallam Nasir El-Rufai, and the Prime Minister of Republic of Benin Mr. Lionel Zinsou.
In his remarks, the Prime Minister of Benin Republic, commended the Tony Elumelu Foundation for organizing the Boot Camp programme that brought together 1000 young entrepreneurs from several African countries. The Chancellor of the Covenant University, Bishop David Oyedepo was also in attendance alongside Elumelu and several other dignitaries.
Mfon Udott
For: SSA (Media and Publicity) to the Vice President
The Presidency
Aso Rock