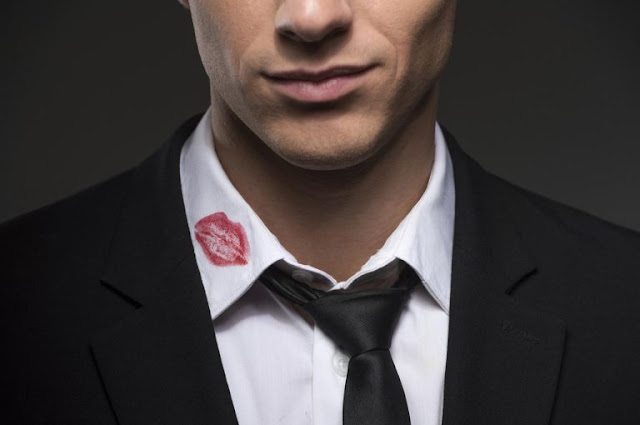 In many ways they can seem more mature, attractive and have their lives more together than their shambolic single counterparts.

And sadly, as some grow bored of what they have at home, there’s apparently no shortage of them looking to cheat.

But don’t be tempted, ladies. As well as the big, glaring explanations for avoiding these – feeling bad about yourself and playing a part in ruining a relationship and possibly a family – there’s other things that will leave you with a bad taste in your mouth.

Here’s 21 reasons you should never have an affair with a married man..... After the cut......
1. Room service becomes your favourite restaurant.

2. Too many nights of looking stunning in your new outfit only to be admired by the cat as you’re let down yet again.
3. In the unlikely event of being seen out anywhere by anyone he knows, you will be introduced as his niece/ cousin/ babysitter.
4. If he has kids it’s highly unlikely he wants more, even though your imagination is working overtime dreaming of your own little family together.
5. You can never just phone him when you’re having a bad day.
6. Or just spontaneously buy him a present.
7. And you’ll definitely never see him on birthdays and Christmas.
8. You will tire of hearing ‘if only I’d met you 10 years ago.’
9. You’ll look permanently tired through sleepless nights thinking of him with his wife.
10. Even though he’s told you they don’t have sex any more.
11. Having to listen to that old chestnut – his wife doesn’t understand him.
12. Even though she most certainly does.
13. You find yourself going out less and less with friends, in case he can spare an hour to see you.
14. Forget planning a nice romantic weekend away, there will always be some reason why it doesn’t happen.
15. The awful cocktail of emotions when (not if) someone finds out about your affair – fear they’ll tell his wife, shame and, weirdly, some small relief.
16. Women who find out will treat you like a pariah.
17. Men who find out will think you’re an easy target for unwanted attention.
18. Don’t be fooled, you’re not star crossed lovers. In fact you may be just the latest in a long line of ego boosts that he obviously needs.
19. If you are (un)lucky enough to have him eventually leave his wife you would always wonder…
20. Did he jump or was he pushed?
21. Whatever the reason it’s unlikely that there will be a happy ever after as you’ll never ever be able to trust him.