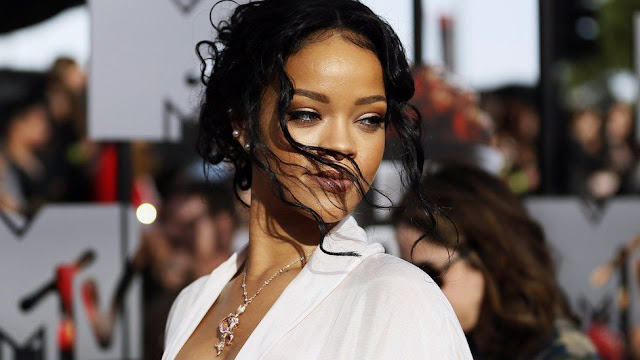 Rihanna will receive MTV's lifetime achievement award at the Video Music Awards later this month.
It's MTV's highest honour and is known as the Michael Jackson video vanguard award.
Last year Kanye West won the trophy, with Beyonce, Justin Timberlake and Britney Spears previously getting it.
"[The award] reflects an artist's impact not just on music but on pop culture, fashion, film and philanthropy," says MTV.

She will also perform at the ceremony in New York, as well as being nominated for best collaboration and best female video.


Beyonce leads the nominations though with 11 nods, while Adele is up for eight.
It's the first time the event has been held at Madison Square Garden and it will feature a brand new award too.
Breakthrough long form video will be awarded to either Beyonce, Chris Brown, Justin Bieber, Florence and The Machine and Troye Sivan.
MTV said on its website: "So many artists are doing amazing things with multipart music video series," so they're recognising creativity for things like Lemonade."