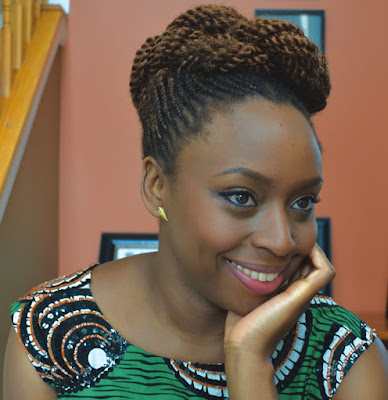 At a time when it has become a trend for celebrities to flaunt their pregnancies online, award-winning writer, Chimamanda Ngozi-Adichie, has said that pregnancy is a sacred state that a woman ought to be discreet about.
According to her, this is the reason she did not make it a public matter when she was expecting her child.
In a recent interview with UK’s Channel 4 News, where she spoke about racism in America and the UK, among other matters, Chimamanda said, “I wanted my pregnancy to be something I shared with the people I love, with the people who know me. There is a kind of pregnancy as a trendy thing that I find very uncomfortable with and I deeply dislike expressions like ‘baby bump’.

“I find it very irritating. It was a very deeply introspective time, thinking about (how) my life is going to change forever and the enormousness of bringing a baby into the world. It was a sacred time for me and I wanted to share it with the people I love.”
Such approach to family matters also affects the way she has been keeping her child who, she, for instance, would want to lead an ordinary but meaningful life.
“I don’t want her to think it is normal to have her picture in newspapers, because it is not. Just because your mother happens to write and sometimes have her pictures in the newspapers, doesn’t mean you get to,” Chimamanda adds.
Although Chimamanda has lived in the US where she has phenomenally flourished as a writer, she is one new-generation Nigerian novelist who has not lost a sense of home.
From one book to the other, she edifies the Igbo spirit and seeks to get answers to socio-political questions that Nigeria still battle with.
Based on the stories she passionately tells in her works, such as Half of a Yellow Sun and Amerikana, she seems to have redefined phenomena such as westernisation, colonisation and globalisation – as she has proved that you can be at home even when you live away from home.