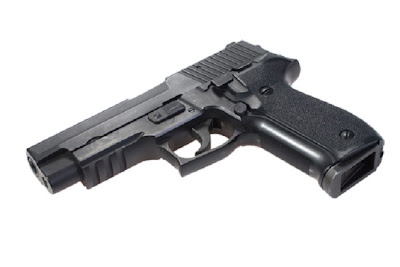 Homicide detectives in Broward County, Florida are talking with a 13-year-old boy who they believe shot his 6-year-old sister.
According to NBC Miami, the shooting occurred just before 7 p.m. in Oakland Park on Saturday night.
“They were playing hide and go seek. I don’t know how it went down but he shot his sister,” neighbor Peter Milano explained.
“They just carried her out in her hands and you can tell above her chest area she had a hole where she was shot,” neighbor Justin Latoutrrette told WSVN.
Broward Sheriff’s Office spokesperson Dani Moschella said that the two children were at home alone when the incident happened.
“We just don’t know at this point if this was an accident or if it was intentional,” Moschella said.


“It is very difficult when dealing with children, specifically children who’ve been through a very traumatic situation,” she pointed out. “This family will never be the same after tonight, no matter how it ends up.”
Another neighbor told The Miami Herald that the “little boy just sat there rocking back and forth… It’s just so devastating. They had just moved in two weeks ago.”
Under Florida law, the parents could be charged with a third-degree felony if police determine that the gun was “within the reach or easy access of a minor” and was used to cause injury or death.
The 6-year-old girl was taken to Broward Health Medical Center in Fort Lauderdale. Moschella reported that she was in critical but stable condition.
Something needs to be done about these parents who leave guns around for their kids to easily get and shoot somebody. We know we need gun control, but we need people control as well.
Posted by Unknown at 08:46:00