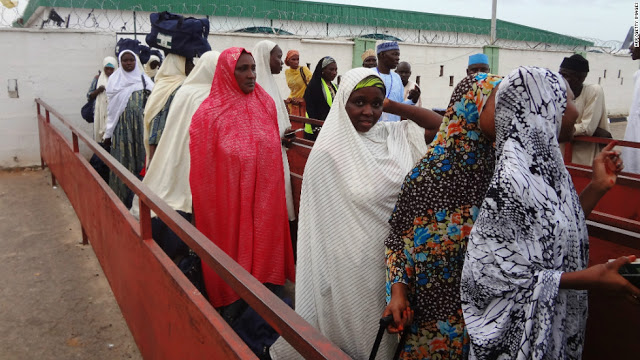 The Kano State Pilgrims Welfare Board on Thursday said that 16 female intending pilgrims, discovered to be pregnant, had been barred from performing 2016 Hajj.
The Executive Secretary of the board, Malam Abba Yakubu, disclosed this in an interview in Kano.

He said the affected pilgrims were detected during the medical and pregnancy test conducted by the committee set up to screen the pilgrims.


“All the 16 female intending pilgrims will not be allowed to go to the Holy land in compliance with the National Hajj Commission of Nigeria (NAHCON) directive,’’ he said.


According to PM News,Yakubu said the board had already replaced the affected pilgrims with the names of their relations as requested by them.He disclosed that the board had completed the necessary arrangements for the commencement of the transportation of its intending pilgrims to Saudi Arabia.

He said that the board had so far secured over 4, 500 visas for its intending pilgrims while the remaining 1, 388 passports were being processed at the Saudi Consulate in Kano.