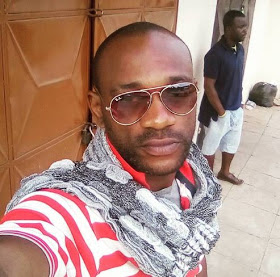 A near death incident was averted on a Nollywood set recently when a promising actor, Ani Iyoho was badly burnt while playing a fire stunt on the set of movie director, Stanlee Ohikhuare.
An actor on set with Ani said while the actor was burning, the fire extinguisher on set did not work and Stanlee shocked everyone by continuing filming with the intention of adding the real fire incident to the film.
Ani, as we write has been hospitalised, with his colleagues running around to raise money for him. 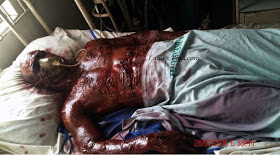 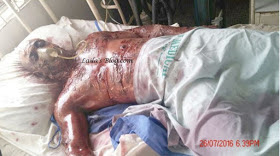 All efforts to reach Stanlee has proved abortive, and the producers of the movie Kelechi Udegbe and Ugochukwu Azikiwe have allegedly been on the run.
NB: This statement is for record purpose.
After the cut, see the graphic photos of the badly burned Ani on the hospital bed. Also, for those who think this is another publicity stunt, watch the disturbing video of the actor burning while the director allegedly films on.