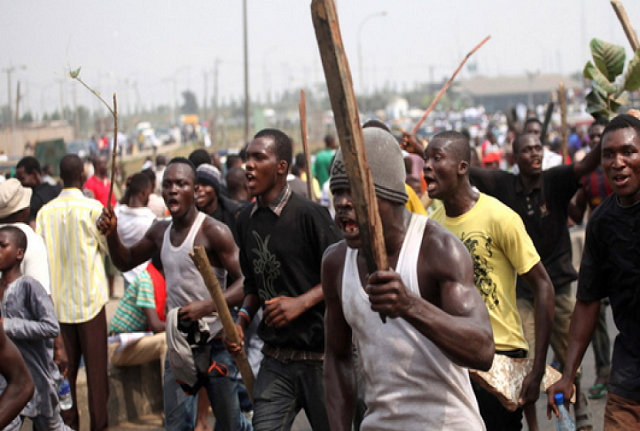 A suspected Boko Haram member, Musbau Ishola, escaped death on Monday in the Mile Two area of Lagos State as he was almost lynched by an angry mob.
The PUNCH learnt that the suspect, identified as Ishola, who wore a turban on a military cap, also had a long beard.
Acting on suspicion, an angry mob was reported to have swooped on him and beaten him up before the intervention of police operatives in the area.

A police source said, “The man had a long beard and put on a turban on a military cap. He was coming from the Oke Afa area around 5pm when people, who thought he was a member of the Boko Haram set, accosted him. They beat him to a coma.


“They were about to lynch him when we got there and rescued him. We have transferred the case to the police command headquarters.”
The Police Public Relations Officer, SP Dolapo Badmos, confirmed the incident, adding that investigations were ongoing.
She said, “The suspect’s elder brother claimed he’s a military officer and he said it was his camouflage that his brother wore. We cannot make categorical statements on the case until the conclusion of investigations.”