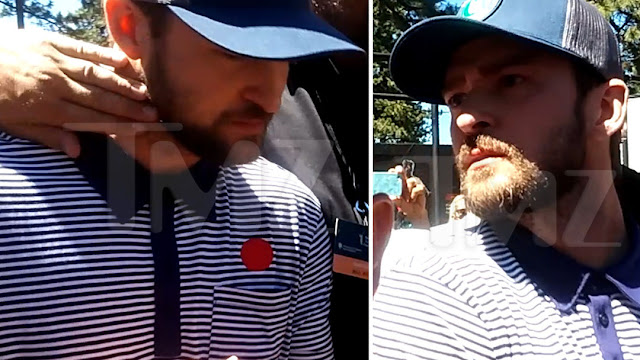 Justin Timberlake got five to the face from a golf spectator -- and then the spectator got busted by cops ... TMZ has learned.
We obtained video of JT shot Saturday at the American Century Celebrity Pro-Am in Lake Tahoe -- and you clearly see a hand smack Justin as he's walking through the crowd. He didn't take it lightly either.
Justin turned around and yelled, "Why would you do that?" After he walked off, security for the tourney was seen talking to the slaphappy suspect.


Tournament reps saw it as a minor incident, and Justin -- who didn't have a mark on him -- didn't want to press charges ... but when Sheriff's deputies attempted to escort the man off the course things went south.
Law enforcement sources tell us he claimed he just wanted to "touch" Justin and got overzealous -- but refused to leave the premises. We're told he appeared intoxicated and became belligerent. Cops arrested him for disorderly conduct.