Dr. Dre Cuffed And Searched At His Own Home After Disgruntled Trespasser Falsely Accuses Him Of Flashing A Gun 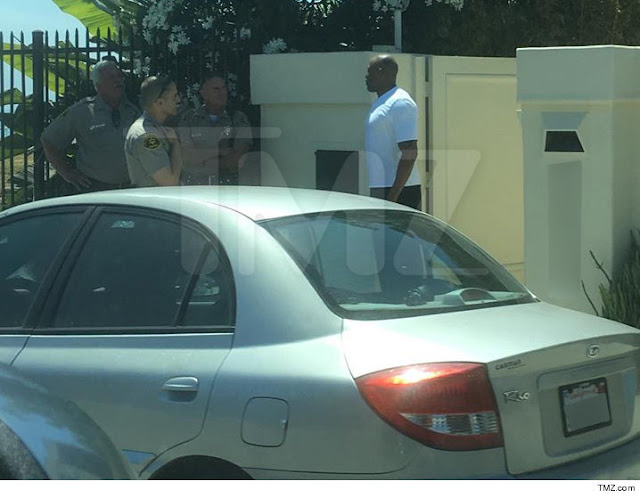 Dr. Dre got cuffed and patted down by Sheriff's deputies outside his Malibu home after an alleged road rage dispute over a guy blocking his driveway ... TMZ has learned.
Sources close to Dre tell us the motorist had pulled off PCH and stopped in front of Dre's crib. We're told Dre asked him to move, and he did ... but cussed at the mogul as he did it. Dre pulled into his driveway, but the other driver kept yelling -- so Dre pulled out his phone to record video.

Our Dre sources claim the guy said, "Here we go again, another black guy with a gun." L.A. County Sheriffs tell us the motorist called 911 to report someone pulled a gun on him.


When deputies responded they put handcuffs on the Doc and searched him. We're told they found no gun, and let him go. However, the guy insisted on making a citizen's arrest, which means he filled out a report detailing his allegations.
The Sheriff's Dept. will forward that to the District Attorney ... who will decide whether there's a case. Dre was not physically arrested by deputies.