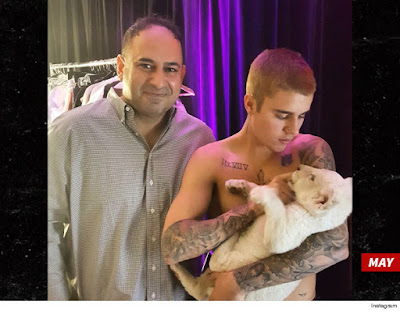 Justin Bieber just learned the hard way, you can't pose with big cats in the city of Toronto ... and if he does it again, there's gonna be some problems.
In a letter -- obtained by TMZ -- the Toronto Animal Service informed Bieber they'd received complaints of him posing with a white lion cub backstage at a show in May and with a tiger at his dad's engagement party in April.
The TAS let Bieber know it's illegal to have any type of exotic cat within city limits ... and issued a stern warning for any future visits. 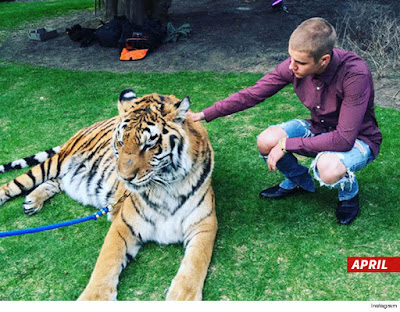 They say taking pics with the animals is enough to have them seized.
If that wasn't enough ... PETA went after the Bowmanville Zoo -- which allegedly provided the animals -- saying, "No reputable animal-care facility lends out exotic animals for private parties and Instagram photos."