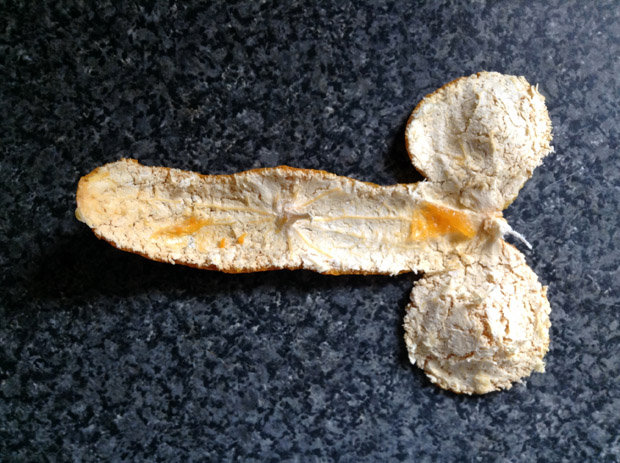 EAT your way to a better erection so you can blow her mind in the bedroom.

Forget Viagra because these tasty snacks can help to improve your sex life without having to pop a pill.
Lots of guys worry about going soft and it’s thought about one in 10 men across the world suffer from erectile dysfunction.
But fear not because a recent study by scientists at Harvard and the University of East Anglia looked into the best grub to chow down on if you want to stay hard.
Researchers found that men who indulged in a glass of red wine and regularly chomped on citrus fruits were much less likely to develop erectile dysfunction.

In fact, if guys had between three and four portions of flavonoid-rich foods each week they’d reduce the risk of the problem by 21%.

Professor Aedin Cassidy explained: "This is the first study to look at the association between flavonoids and erectile dysfunction, which affects up to half of all middle-aged and older men.
"Men who regularly consumed foods high in these flavonoids were less likely to suffer erectile dysfunction. In terms of quantities, we're talking just a few portions a week."
Here are the best foods and drinks for a healthy penis:

1. Coffee
A kick of caffeine can perk you up in more ways than one.
Not only does coffee boost your metabolism and get your blood pumping, it can also make you last longer in the sack.
A hot cup can release fat stores giving you more energy to keep going all night.

2. Oysters
Everyone knows they’re an aphrodisiac, but did you know they could improve your going power? Oysters are rich in zinc and vitamin B6 are vital for testosterone which makes sure you’re sex drive stays revved up.
3. Pork
Eating pig, which contains vitamin B1, keeps your nervous system healthy and makes sure your sperm is firing full throttle. If you can’t or don’t eat pork, you can eat beans or wholemeal bread instead.

4. Onions
Onions and garlic contain the phytochemical called allicin which thins the blood and enhances your circulation. This means it’s less likely to clot or clog.
Chew on some parsley or peppermints afterwards to freshen your breath before the bedroom.
5. Wine
Believe it or not, red wine works in the same way that viagra does. It’s a great source of the antioxidant resveratrol which helps to open the arteries by enhancing the production of nitric oxide.
Nitric oxide lets blood vessels expand, which is how viagra works.
But while the little blue pill only works on tiny blood vessels, resveratrol helps your main arteries too.
Don’t get too carried away with the tipple though as too much booze can have the opposite effect on your tackle.