The Art of The Nonsense Remix: The Case of Davido and Osinachi By Chilee Agunanna 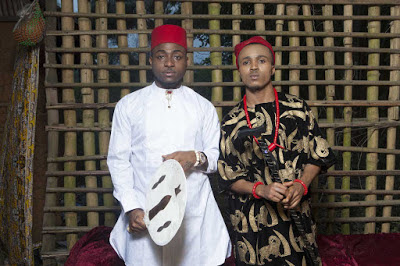 The remix has always been a popular part of the music industry and adds a different flavour to an already good song or gives a new lease of life to a song that initially did not perform so well. A remix simply means another artist’s version of a song where he or she must have added something to it. And while the remix mustn’t necessarily be better, it largely involves an ‘addition’ to the original song rather than removing ‘something’ from it.

That being said, some of the songs remixed in this country in recent times have actually removed `things’ from the original songs and one xample of this is Davido’s remix of Humblesmith’s Osinachi.

The young singer had already introduced himself to the Nigerian music audience with Chairmo and then in August 2015 dropped a career-defining single which he titled, Osinachi, featuring Phyno. The song was an immediate hit and the fact it combined excellent Hip Hop elements with didactic lyrics was a plus and in that regard somehow similar to Korede Bello’s Godwin which led to the latter’s controversial invitation to some church programmes. Osinachi had an even cleaner claim to church performances but Humblesmith may have closed that door by allowing Davido to burden it with his Dubai-infected baggage.

Osinachi, an Igbo word, literally means ‘It’s from God’ and can be figuratively adapted to mean `Destiny’ or ‘blessing’. It’s also a beautiful name which many parents have gladly bestowed on their offsprings just like Godwin. A look at the original lyrics makes for an interesting read and further highlighted the very essence of the song as originally composed:

Plenty people don dey ask,
Na which baba do the jazz,
Say the baba do well for me oh,
Now my life don better
Not because I suffer pass
Not because I pray and fast
No be osho no be jazz, okwa chinenye

The lyrics of Davido's remix is a sharp and confused contrast that not only presents a total deviation from the initial spirit of the song but also reduced it to a platform for advancing some personal issues which is a complete let-down to such a beautiful song.
My humble father sinachi
My loving daughter sinachi mo
My baby mama sinachi
Dele Momodu sinachi mo
No be by force to go Dubai
Abi na wetin cause the fight
And I just dey my own dey laugh eh
Because God dey my side
They want to take away my favour
They want to spoil my career
Them no know say I get flavour
You fit ask Nabania
I forgive and forget
Baba God knows the best
My papa just buy jet
And about to take off everywhere oh

Humblesmith in allowing this remix may have mortgaged his immediate progress for a few coins from theOmo Baba Olowo as this remix has stunted his immediate growth because, one, it removed attention from the main song which was doing marvellously well and redirected it to Davido. Secondly what Davido brought to the song was immediately expendable as the Baby mama drama while being stupidly negative and shouldn’t even come close to a song like Osinachi, it died once Davido moved on from it and in this sense, the Sony signing immediately took over the Davido narrative and Humblesmith is now left with the few Judas coins he made from betraying such a good song.

Apart from being one of the most hardworking and talented artists in the country, Davido is also one of the most mischievous—scheming out one publicity scheme (positive and negative in same measure) immediately after the other, and the narrative of Humblesmith’s career as regards the traction he would have gained from his hit song has now been subsumed in the shenanigans of an already made act.

This is the danger ‘upcoming’ acts face when they excitedly allow bigger artists to buy into their arrival and remix their already successful songs. This happened to Kiss Daniels when he allowed Davido once again and Tiwa Savage to guzzle up whatever attention and goodwill he had garnered with his hit, Woju, and his successive attempts to resurrect that success with new singles using virtually the same beat, have largely failed.

Another sad case is Oritsefemi whose struck gold with his version of Fela’s, Double Wahala, but he then allowed a fading D’banj to hijack his song. Not to mention what D’banj also did to Iyanya’s Kukere but by then, Iyanya had already exhausted the song’s goodwill and revenue, so D’banj’s remix never really affected the success of the song or Iyanya’s progress.

A new ‘upcoming’ artist is supposed to ride on the back of the success of the older artist he features in his song, not the other way round. Naeto C did it for Davido and Phyno has already done it for Humblesmith on the original Osinachi track, so there was no need for this remix, not at this time.

Humblesmith is no doubt a good artist and would most definitely release other good songs who knows how long it will take fortune to smile on him again with another hit seeing that he humbly threw away the `Destiny’ already given to him?

Chilee Agunanna is a Lagos-based journalist and you can reach him on Twitter: @ChileeChills.