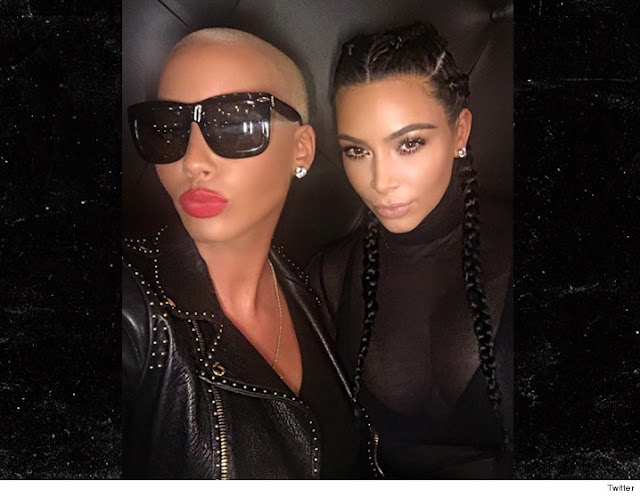 Kim Kardashian and Amber Rose had a secret meeting Monday to bury the hatchet in the Wiz/Amber/Kanye feud ... TMZ has learned.

Both Kim and Amber posted this pic on their respective social media accounts early Tuesday morning, showing their newly-formed alliance. As we reported, the war started when Wiz called out Kanye over his new album and Kanye then went off denigrating Amber -- calling her a stripper and even dragging her son into the beef.

Our Amber sources say Kim called her Monday afternoon and asked to meet at Kris Jenner's house early that evening. Amber accepted the invite, and the 2 hashed things out. We're told after a long conversation they're both good with each other.


Later Monday night Blac Chyna hosted a party at Ace of Diamonds in West Hollywood and Amber was right by her side. You may recall Blac Chyna and Amber had beef after Chyna was a no show at Amber's slut walk, choosing to be with Future instead.

Now Chyna's with Rob Kardashian and got her Future tattoo removed Monday.