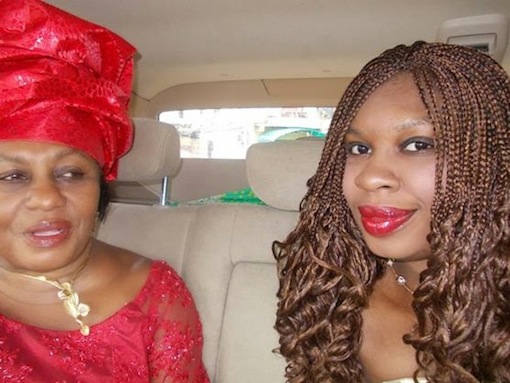 A Federal High Court sitting in Lagos south west Nigeria today ordered the Nigerian Police Force to pay N100 million compensation to the family of a female lawyer Patricia Onyeabo who died in Police custody due to lack of medical care.

The judgement of the court was sequel to the N1billion suit filed by Patricia’s daughter, Miss Amaka Onyeabo, also a lawyer, against the Inspector-General of Police,(IGP).

Late Mrs. Onyeabo, before her death on 16 May 16 2014, was the Legal Adviser/Secretary to the Nigerian Railway Corporation, NRC.

Amaka in an affidavit filed by her Lawyer, Chief Anthony Idigbe, SAN asked for declarations that the unsubstantiated indictment in a letter, leading to the harassment, detention, intimidation, humiliation and restriction of movement of her late mother since April 25, 2014, until her death on May 16, 2014, by the respondents was frivolous, vindictive, wicked, smacked of gross impunity, and was unlawful, unconstitutional and a breach of the fundamental rights of the deceased.
She asked for an order of the court directing the respondents to tender an unreserved apology to her and her entire family in any two Daily newspapers circulating within Nigeria.

She also prayed the court to grant an order directing the respondents to pay her family the sum of N1billion, being general and aggravated damage for unlawful detention, harassment and intimidation of her late mother in breach of her fundamental rights that eventually led to her painful and premature death.
‪
The applicant averred that her deceased mother received a letter on April 25, 2014, signed by the Nigerian Railway Corporation’s managing Director, Engr. Adeseyi Sijuwade, accusing her to have conspired with 69 other staff of the Corporation to embezzle over N1.5 billion between 2011 to 2013, before her retirement from the Corporation in February 2014.

Amaka averred further that in the shocking letter received by her late mother, she was informed that the sum of N16.5 million over the period of three years (2011-2013), had been traced directly to her personal accounts as proceeds of the alleged conspiracy to defraud the Corporation of N1.5 billion of pension funds and her purported benefit in the alleged embezzlement conspiracy.

She also averred that deceased was arrested and detained at the different formations of the Nigerian police in Lagos and Abuja between May 2, 2014, on the basis of a warrant of arrest and detained till when she died on May 16, 2014. She said all efforts by the deceased lawyer to secure her bail, so that she could get adequate medical care was rebuffed by the police authorities, and that during her detention, the deceased suffered stroke and she eventually died on May 16,2014.

Amaka also averred that the alleged petition, harassment, and threats of arrest by the police were made in bad faith, calculated to blackmail, exploit, embarrass, stripe her late mother of any iota of dignity and that same as completely rubbished her late mother’s reputation and family name built up over several decades of meritorious service and exposed her late mother’s entire family including herself to the most humiliating form of ostracism, isolation, finger pointing, community jeers, public indictment without any form of fair hearing or opportunity for the deceased and her entire family to clear the deeply tarnished name and dignity of her entire family.

However, the respondent in a counter affidavit filed and argued before the court contended that Miss Amaka has no locus standi to institute the action on behalf of her mother.

“ I held that the Nigerian Police have failed in their responsibility. The applicant has liberty to life while in the custody of the Nigerian Police but was denied, thereby leading to her life being terminated.If she had access to hospital she would not have died. But the police deprived her the right to visit hospital to treat her ailment. Therefore,the applicant is entitled to general damages in the sum of N100 million.


Citing the Supreme court authority in the case of Bello versus attorney General of Oyo state delivered by the late Justice Kayode Eso,to the effect that we should be our brothers keepers, Justice Idris disagreed with the submission of the Nigerian Police that the applicant has no legal right to institute the legal action on behalf of her late mother.