Insurgency: Buhari Will Nail The Coffin Of Boko Haram - Babangida 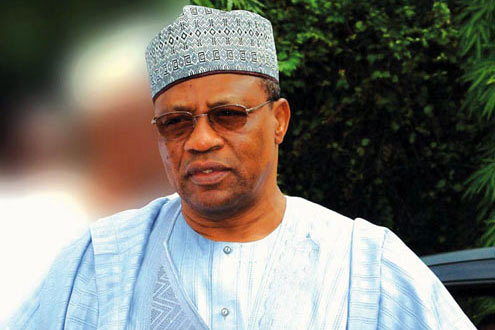 Former military President, General Ibrahim Badamasi Babangida has said that he has implicit confidence in his mind that President Muhammadu Buhari, will put the final nail on the coffin of Boko Haram, so that Nigeria can truly assume her greatness in the comity of nations.

This is as he noted that for want of no discernible ideology, members of Boko Haram have continued to portray Islam in very bad light, making members of other religions to perceive Muslim faithful with scorn.
Babangida, in a press statement he personally signed to mark the Sallah celebration, which was issued by his Special Adviser on Media, Mr. Kasim Afegbua, said events in the last four weeks have continued to raise the people’s adrenaline, in a season of apprehension and utter suspicion, about our security engagements and the sum total of our collective sufferance as a nation.


He noted that the heightened tension is occasioned by renewed hostilities and mindless bombings predominantly by suicide bombers who have decidedly chose the option of death to life.
He further said; “We have seen the worst of human follies in the conduct of these avoidable carnage and bloodletting by unscrupulous persons under the guise of religion, doing havoc to our sense of nationality.
“As much as one would have appreciated the efforts of devout Muslims who have observed the obligatory month of Ramadan, the incessant killings and bloodlettings by members of the Boko Haram leave a sour taste in his mouth.
“Islam, which I was born into, some 74 years ago, is a very peaceful religion that preaches brotherliness and togetherness. It is a religion that encourages love, affection and respect for our neighbours and mankind.
“It is one religion that has an abiding influence on its adherents to cooperate with one another and promote peace in their respective communities. May God touch the hearts of these insurgents so that the untoward act of bloodletting will permanently cease. Happy eid-el-fitri to all.
“Let me join millions of Nigerians home and abroad in condoling with the families of those who lost their beloved ones during this carnage. Let me also commend the efforts of the Federal Government in helping to address the plights of the Internally Displaced Persons (IDPs) across different locations in the country.
“The renewed interest of the international Communities in helping out with superior military hardwares towards combating this menace is a welcome development.
He enjoined Islamic clerics to do more in their daily sermons to prevent new converts and recruits into the deadly group, saying that both religions preach the virtues of good and pious life tempered with the fear of God or Allah, adding that we must continuously preach sermons that deliver the right messages to our people without ambiguity.