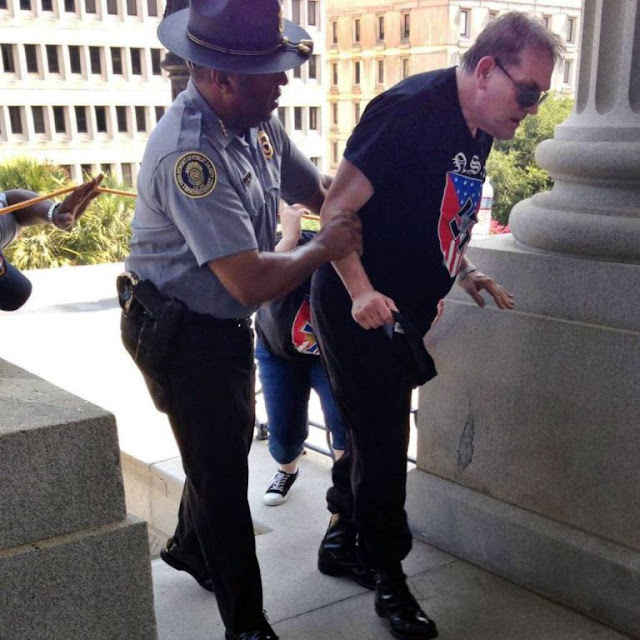 This picture above caused a huge stir over the weekend.

It shows the black director of South Carolina’s public safety agency helping an elderly ‘member of the Ku Klux Klan’ who is suffering from the heat.

Despite being praised for his actions, Leroy Smith doesn’t think what he did was a big deal.

But he does hope the interest around the photo will lead to something greater.

‘I hope this photo will be a catalyst for people to work to overcome some of the hatred and violence we have seen in our country in recent weeks,’ he said.
Leroy Smith said the photo, taken at a KKK rally over the Confederate flag, captured ‘who we are in South Carolina’ and represents what law enforcement is all about: Helping people regardless of the person’s skin color, nationality or beliefs.

‘I consider myself like every other officer who was out there braving the heat on Saturday to preserve and protect,’ he added.

The photo, taken by governor Nikki Haley’s spokesman, shows Smith leading the unidentified man, who’s wearing a swastika T-shirt, to shade at the top of the Statehouse steps.