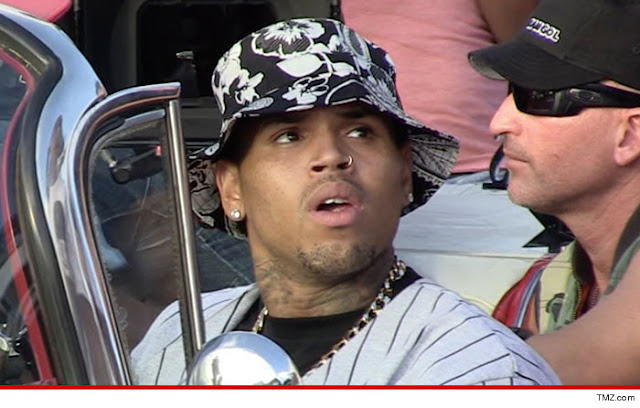 Several of Chris Brown's close friends were in on the home invasion robbery ... at least that's what Chris believes and we've learned cops have the same view.
Law enforcement sources as well as sources connected with Chris tell us, they believe the 4 guys who broke into his home Wednesday morning were not just casual friends ... they were tight with him.
As we reported, cops believe a club promoter was also involved ... someone who knew Chris just got $50k in cash for an appearance and that the money was in his home safe.
And there's more. We've learned cops believe the Bloods may be involved as well. In fact, we're told a member of LAPD's Gang Unit was assigned the case.

And finally, we're told people in Chris' camp have already had "the talk" with him ... to 86 several members of his crew "immediately."
Follow Me On Twitter & Instagram: @effiongeton
Posted by Unknown at 14:54:00