Nigerian Lesbian Mother To Be Tricks Man Into Getting Her Pregnant Because IVF Cost More, Gets Blast By Critics 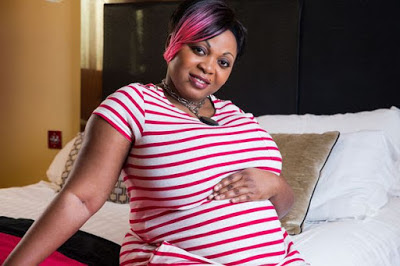 Kafayat Adegoke got herself pregnant through deception according to UK Mirror. The 30-year-old student set out to be a single mum and drew up a wishlist of characteristics she wanted in her child.
Then she set about finding a man who would oblige by sleeping with her. Once, twice, or however many times to get her pregnant.But the “lucky” fella would never know all she wanted was to become pregnant and that he was being used.

Once she got pregnant, the “lover” was to be dumped unceremoniously and denied any chance of bringing up the offspring.Kafayat, whose baby is due in June, is in a lesbian relationship, insists she is not attracted to the opposite sex and went hunting for partners because it was cheaper than IVF or surrogacy. 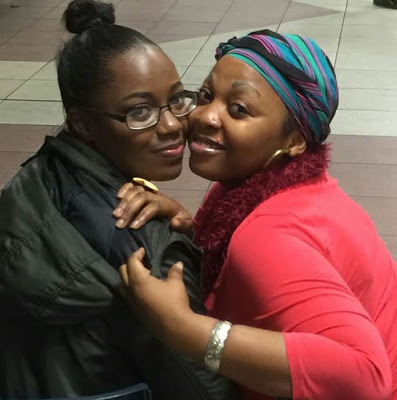 “Ever since I was a little girl I have yearned for a baby. I looked into IVF and surrogacy but they both seemed quite expensive. I also felt IVF was unnatural. “I thought logically and what I needed was a sperm donor and there were plenty of these walking the streets and I could take my pick. “I decided to pretend I was straight and trick a man into getting me pregnant.”

30 year old Lesbian, Kafayat Adegoke who tricked a man into getting her pregnant because she didn't want to use a surrogate and couldn't afford IVF but desperately wanted a child, has been criticized by critics who think she is being selfish by excluding the baby's Dad from its life.

With meticulous planning, she held off sleeping with her new dates until she had thoroughly quizzed them about their family background, medical history and even their blood group.She dated three men – one she met in Nando’s, a jogger she befriended in a park and finally a work colleague.Last autumn, after a year of hunting for her version of Mr Right, her plan finally paid off when she got pregnant by a man she had been seeing for two months.Kafayat, from Bradford, West Yorks, then ended the relationship and barred the “sperm donor” from the child’s life.Instead, the cash-strapped user of men is hopeful that, as a single mum, she will get a council house and benefits.Kafayat, who is currently dating 26-year-old Aisha Atan, said:

“I decided I would have to sleep with a man and started to look out for guys that were good looking and intelligent with a sense of humour. I’d like my child to have all these attributes. “I couldn’t have one-night stands with strangers – I needed to date them, find out about their medical and family history to see if they were suitable sperm donors.”

“I was with the last guy I dated for two months but when I fell pregnant I ended the relationship straight away. “My baby doesn’t need a father, I don’t want anything from him and I am so excited about being a single mum. I am going to speak to the local council about getting a house and some benefits. I deserve them like any other single mum.”

Kafayat realised she was attracted to women at the age of 16 but experimented with both sexes.She says:

“In Nigeria, where I grew up, people were ignorant about gay people and I had to date men to be accepted. “I would date girls in secret but slept with two men – but I always knew I was a lesbian.

Matt O’Connor, founder of Fathers For Justice says a child needs a mother AND a father in their life.He said:

And it is a fundamental human right that a child has access to their father. It is sad that anyone wants to bring a baby into the world in the knowledge that they are denying them access to half of their family.

It isn’t just the dad who loses out but also the paternal grandmother and grandfather.

We would support this man in taking legal action to gain access to his child.

“When I moved to London five years ago I was able to date women more openly and I had quite a few girlfriends.”

“One night in Nando’s I started chatting to a guy. He was a 40-year-old property developer – very good looking with blue eyes. “He spoke very well and seemed ­intelligent. I straight away thought he would make a beautiful baby.

“We chatted and then swapped numbers. We started to date but as I got to know him I realised his personality wasn’t right. He had no sense of humour. “I didn’t want this passed down to my child. I didn’t want him to be my sperm donor and ended the relationship before we slept together.”

Last June, Kafayat took a shine to a 35-year-old guy jogging in the park. She said:

“I was on a health kick and had started running. He was tall and very good looking. I started to flirt and he flirted back. “We swapped numbers and started to date. He was very intelligent and worked as a building contractor.

“After a few weeks of finding out about his medical history and family background we slept together. “I was dreading this part. The thought of having sex with a man made me feel sick but I just kept thinking about the baby I could make.

“I bought a DIY ovulating testing kit and checked I was fertile before sleeping with him. We slept together a few times.”

The pair dated for two months but when Kafayat didn’t get pregnant she ended the relationship.She said: “It wasn’t happening quick enough for me so I decided I needed to move on to someone more fertile.”In September, Kafayat met her next target through her job at the time, as a TV producer.She said:

“He was a 34-year-old studio engineer, good looking, witty and intelligent. “Again, I spent time sussing him out and asking him about his family history and even discovered what blood group he was.”

This time Kafayat went to the doctors for a fertility check-up and advice on how to get pregnant quickly.She said:

“I started researching the best sexual positions to get pregnant in. It was difficult because I was living a double life. I was sleeping with women all the time I was seeing these guys too.”

Kafayat slept with her new man twice before she got pregnant.She added:

“I was so happy I was finally going to have a baby. I knew I had to end the relationship but I did start to feel guilty because I had grown close to him. I didn’t fancy him at all but we had become friends. I decided to tell him the truth, that I had used him to get pregnant. He was understandably furious and was shouting at me. “I said I was sorry and made it clear I wanted nothing from him and I didn’t want him to have contact with me or the baby.”

A few months later Kafayat moved to Leeds where she is now a student at Leeds Trinity University studying film and TV.She has told girlfriend Aisha everything and they hope to wed.

“I was shocked at first but when she explained I started to understand. “She’s my girlfriend and I love her and I hope to be part of the child’s life. I will support her all the way.”

It begs the question what Kafayat will tell the child about the bizarre conception.

“I will say the father is a sperm donor and not go into detail,” Kafayat insisted. “People have been shocked when I’ve told them what I have done – but it wasn’t easy for me. I will never sleep with a man again to get pregnant. I am happy with one child. My baby’s dad has tried to contact me a few times but I want nothing to do with him.

“I don’t regret tricking a man into getting me pregnant. All that matters is my baby.”