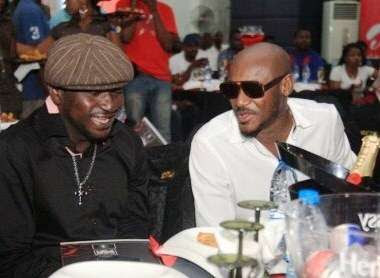 The renewed BEEF between dancehall veteran, Blackface and 2face Idibia began on January 25, 2016 when Blackface in a series tweets lashed out at 2face and his manager, Efe Omorogbe, accusing them of stealing his intellectual property and even threatened to take them to court.
Not long after, 2face responded to him describing the statements by Blackface as ‘unfortunate’. 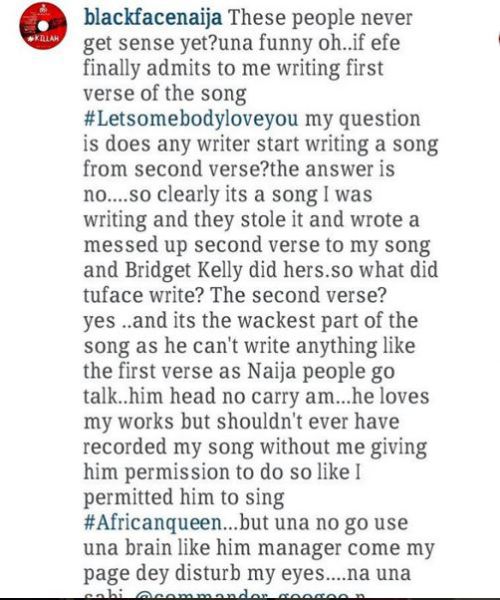 To further clarify the issue, 2face’s manager, Efe Omorogbe yesterday released a statement to set the records straight, but Blackface is still not interested in making peace as he’s just lashed out at both of them in a new post on Instagram saying, ‘These people never get sense yet…’