Video: Shocking Moment Woman Beats Up Husband's Mistress and Throws Her Off a Bridge 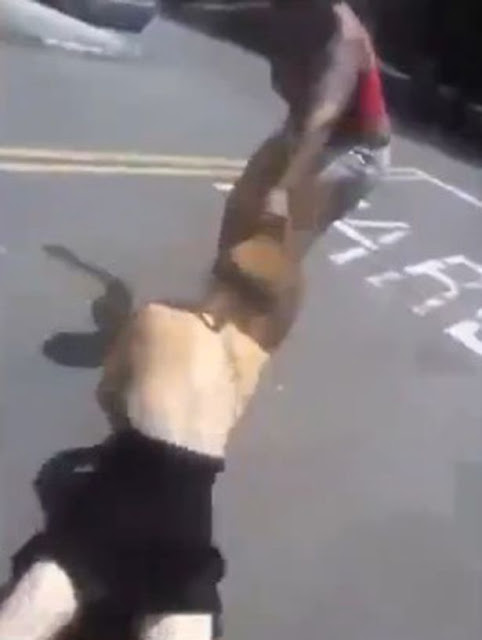 A scorned wife  took revenge on her husband's mistress in a shocking way,by throwing her from a bridge.
The violent footage, which was posted to Liveleak, was allegedly captured in Brazil.The mistress who was screaming,tried in vain to hold on to a gate  but was dragged by her hair along the road.
She appeared to be pleading in Portuguese as she was dragged closer and closer to a bridge.

Another woman then intervened to help her friend toss her over the bridge which is about ten feet high.
Others can then be heard cheering as the woman struggles to stand up and compose herself after landing in the water below.
It is not known whether the woman was injured in the brutal attack.