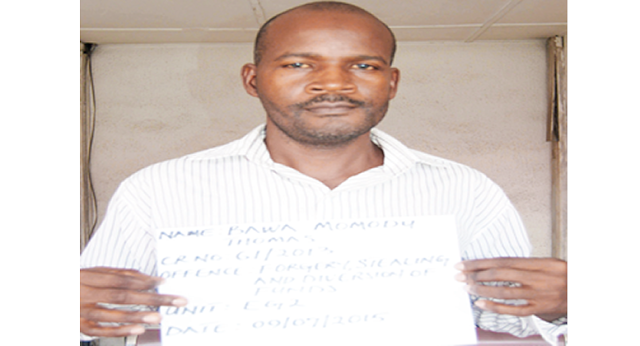 The management of Sterling Bank has accused one of its former employees, Bawa Momodu, of stealing N27 million from a customer’s account.

The Economic and Financial Crimes Commission (EFCC) on Monday arraigned Momodu before Justice I. E. Ekwo of the Federal High Court sitting in Port Harcourt, Rivers State on a 16-count charge bordering on forgery, uttering and stealing to the tune of N27 million.
According to the Head, Media and Publicity, EFCC, Wilson Uwujaren, the accused allegedly forged the signature of the said account holder and fraudulently withdrew the money from the bank. He said: “Investigations further revealed that the said amount was transferred to the Sterling Bank account of one Emilia Ugwandu, who is now at large, in a bid to hide the source of the stolen funds.”

The accused pleaded not guilty to the charges preferred against him. In view of his plea, the prosecution counsel, A. Olatunji, asked for a date for the commencement of trial. However, the defence counsel, Allen Nwogwama, prayed the court to grant his client bail.

Ekwo granted the accused bail in the sum N7 million and one surety in like sum. The surety must be a responsible member of the society with landed property worth the bail sum, to be verified by the court registrar and the prosecution.
The accused is also to be reporting at the EFCC office on the last day of every month. In a related development, the judge ordered that one Festus Agadi be remanded in prison custody till September 23, when his application for bail would be considered.