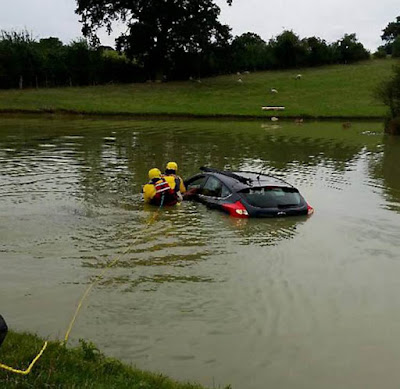 When this 80-year-old man drove into a lake he simply whipped out his pipe and had a smoke, rescue workers said.

The elderly man had accidentally driven into the lake in Loxley, Warwickshire, after a fishing trip.

Rescue workers were called to the scene on Tuesday around 2.50pm and found the man calmly chatting to a farmer and smoking – still inside the car.

The farmer was standing next to the car in the lake in waders.

A spokesman for West Midlands Ambulance Service said: ‘He smoked his pipe and chatted to the farmer, who went into the lake in waders. 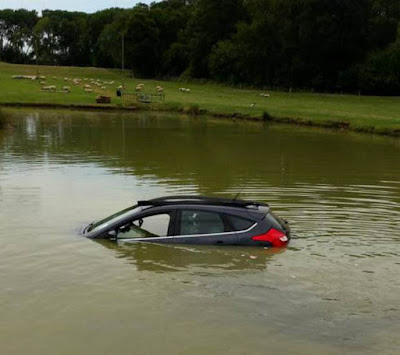 ‘He wasn’t hurt or even cold but crews removed his clothing to ensure he didn’t get cold and he was driven home in the ambulance.’

Firefighters eventually carried the driver from his car back to the land.