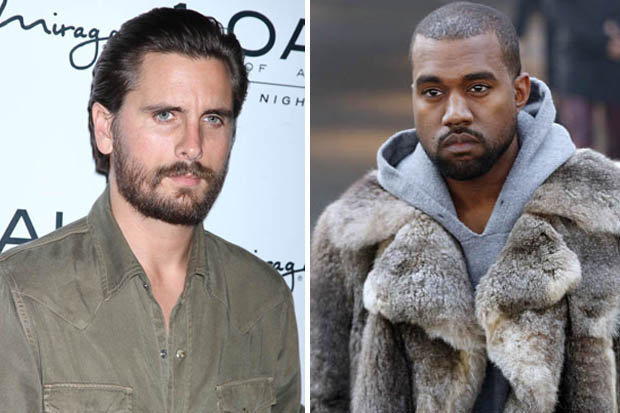 KIM Kardashian's husband had some choice words for the wayward Lord Disick.

We'd like to think that the conversation between the rapper and reality TV star started something, like, "Scott, I'ma let you finish…," as Yeezy has now reportedly added his two cents following his sister-in-law's split with her boyfriend of nine years.
The final nail in the coffin for Kourtney Kardashian and Scott Disick's relationship seemed to be when he was pictured getting close to his former flame, Chloe Bartoli, earlier this month.
Scott's infamous partying and drinking, which has seen him spend stints in rehab in the past, can't have helped either.
“Kanye told him he needs to man up and go to rehab," a source told Us Weekly.

He also urged the 32-year-old, who is said to be considering releasing a tell-all book, to get “his act together for the kids”.
Golddigger singer Kanye, has been doing his best to support Kim's older sister in the wake of the split, including babysitting for her and Scott's children, Mason, 5, Penelope, 3, and baby Reign.