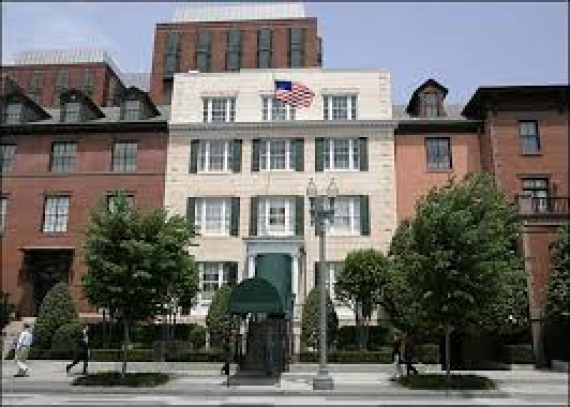 President Obama instead of the prestigious White House chose the quiet Blair House, a guest house to host President Muhammadu Buhari, next week when the Nigerian leader arrives for a three day official visit to Washington.

Located across from the White House on Pennsylvania Avenue, Blair House has served as the President’s Guest House since its purchase by the U.S. government in World War II. Under the stewardship of the Department of State, it welcomes visiting heads of state, ambassadors, and other notables in gracious, secure surroundings in the heart of the nation’s capital.

Built as a private home in 1824, Blair House has played an important role in nearly 190 years of American political, diplomatic and cultural history—from Andrew Jackson’s “Kitchen Cabinet,” to private chats with Abraham Lincoln, to Harry S. Truman’s crucial leadership as World War II ended and the Cold War began. Now, as then, U.S. Presidents continue to rely on Blair House as a significant foreign policy tool.


Deeply ingrained in the US history, Blair house has served as a guest house for the president for over 190 years, some of the dignitaries hosted at the guest house include, the late Nelson Mandela, King Mohammed VI of Morocco, Charles De Gaulle, Queen of England.

According to the state department , an invitation from the President of the United States to occupy this historic residence is an honor of the highest significance.