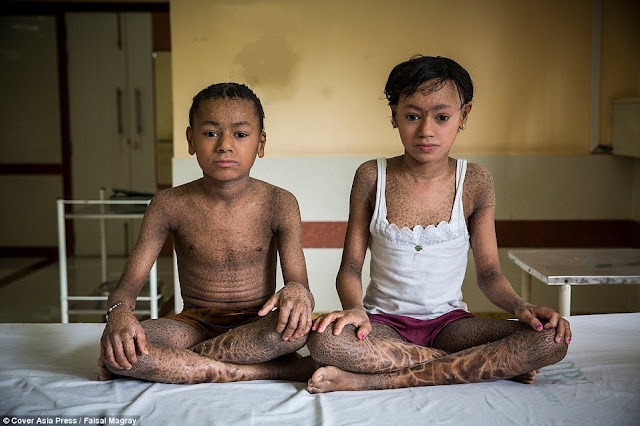 Disturbing pictures show the daily ordeal of a young brother and sister in India as they battle with a rare skin disease that leaves them with scales all over their body.

Sayali Kapase, 13, and her brother Siddhant Kapase, 11, were pictured at the Dr. DY Patil Medical College and Research Centre in Maharashtra, India, as they were treated for 'Lamellar Ichthyosis'.

Their condition means they have scales all over their body and dried skin that keeps peeling off.

The pair's mother Sarika Kapase, 31, and father Santosh Ramchandra Kapase, 39, attended the hospital with them along with their nine-month-old daughter Manasvi.

Both siblings have to apply medicated oil at least three times a day as well as medicated soaps, shampoos, lotions, and creams to keep their skin in tolerable condition. 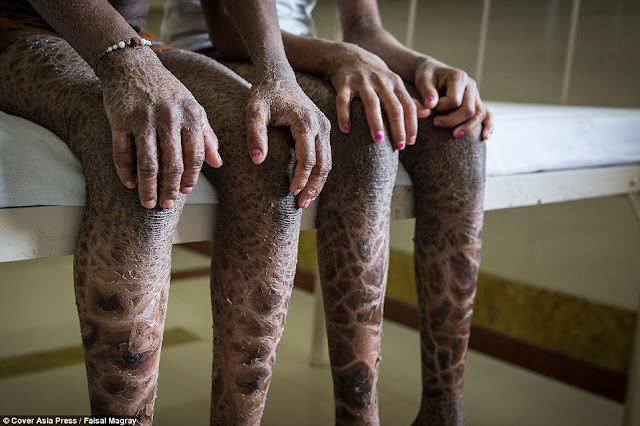 It is a rare skin disorder that appears at birth and remains with suffers for the rest of their lives, with the child even born encased in a collodion membrane that sheds within 10-14 days.

The shedding of the membrane reveals generalized scaling of skin that causes varying degrees of redness and eventually scales.

This is an extremely rare skin disorder characterised by abnormal scaling and shedding of the skin. It is estimated to occur in one out of 600,000 births. Most affected individuals will be born as a 'collodion baby', states the Ichthyosis Support Group. 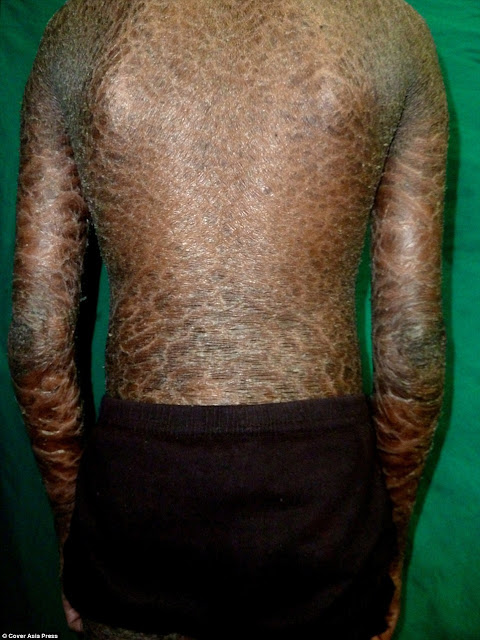 'The skin appears to have large plate-like scales which often are rather dark or brownish in colour. The scaling often involves all of the skin although the face may show milder changes,' the group said.

'The condition usually appears in the first few days of life, lasts lifelong and can be very severe.

'It is not contagious. Lamellar ichthyosis is usually inherited in an "autosomal recessive" fashion. This means that each parent has normal skin but is a carrier for one single abnormal gene that cause it.' 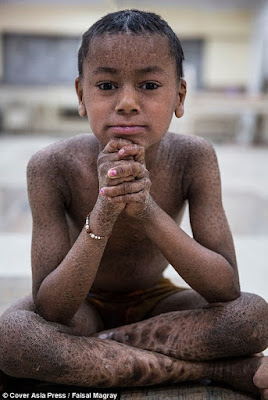 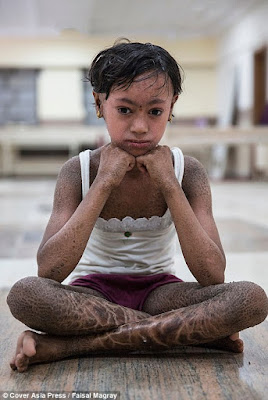 One complication caused by the disease is overheating where the scaling of the skin prevents normal sweating so hot weather or vigorous exercise can cause problems.

If left untreated, the skin of the palms may also become thickened, tight and prevent normal bending and straightening of the fingers. 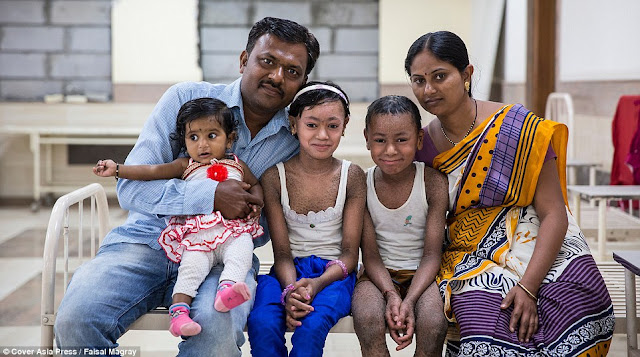