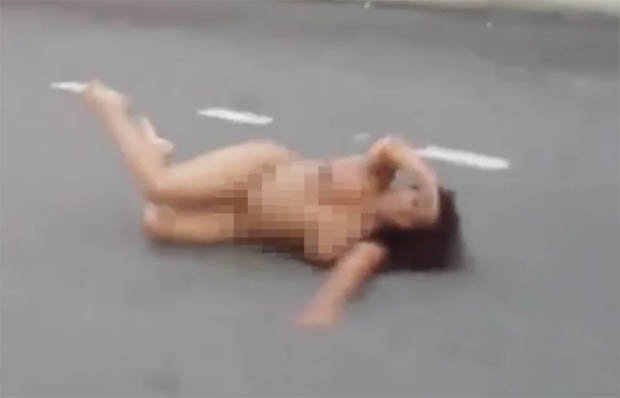 SHOCKING footage shows the moment that police were forced to remove a naked woman from the middle of the road after a bizarre reaction to drugs.

The clip, filmed by a passer-by, shows the woman lying in the middle of the road while wriggling and gyrating against the tarmac.
A nearby police car arrives as the woman rises to her feet, giving the camera an accidental eyeful of her bum.
One of the two officers asks her a question but she doesn’t appear to be able to answer, instead grabbing onto his arm as they remove her from the road and onto the pavement. 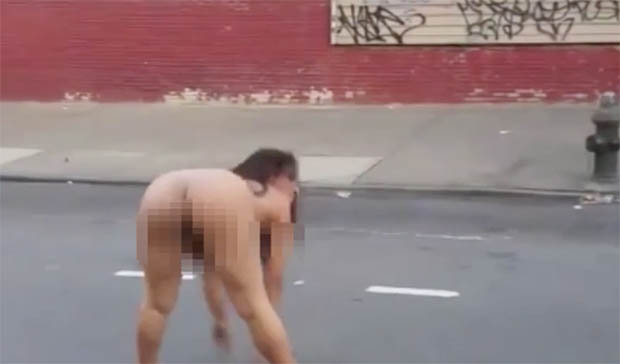 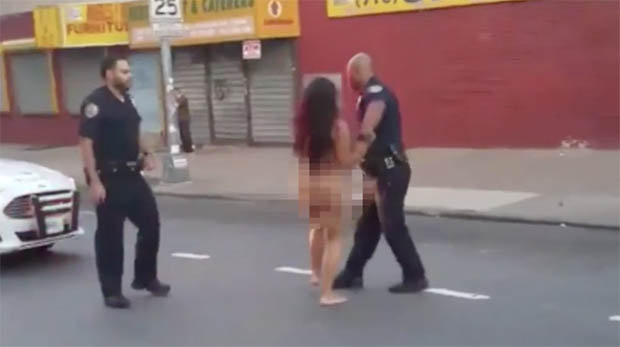 The outrageous footage was recorded in the Bronx, New York – the northernmost of the five boroughs of New York City.
More than 150,000 people have seen the clip since it was posted on video sharing site LiveLeak earlier this week.
“Same thing happened to someone I know after they smoked Spice – it’s a synthetic cannabis that makes you literally lose your mind,” said one viewer.
“Stay away at all costs!”

Away from the bright lights and razzmatazz of downtown New York, the Bronx has a reputation as one of the toughest places to live in the US.
The borough contains one of the five poorest districts in the entire country and suffers with an unemployment rate well above the national average.