FG To Commence With Free Meals For 5.5million School Children From September 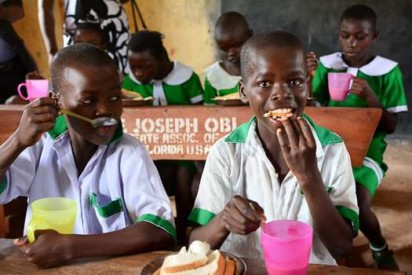 The Federal Government has confirmed that it will commence its National Home Grown School Feeding Programme in September with 5.5 million pupils nationwide.
National Programme Manager, Mrs Abimbola Adesanmi, disclosed this in Abeokuta on Wednesday.She spoke at the opening of a two-day stakeholders’ workshop on the Ogun State Home Grown School Feeding Programme.Adesanmi noted that the scheme “would accommodate pupils in Primary 1 to 3 at the outset, and would move to other classes once the nation’s resources improves”.The official further explained that all the states of the federation would benefit from the social intervention programme, depending on their preparedness.