Video: Camera Shy Eagle Punches Drone Filming It Out of the Sky 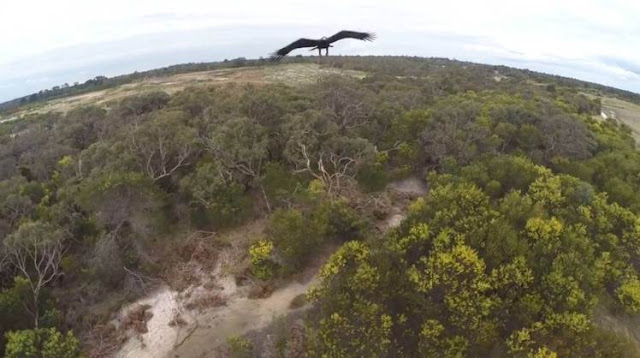 It’s not just fishermen that are fed up of being watched by drones, it looks like eagles don’t care for them either.

An Australian drone operator found that out the hard way when a wedge-tailed eagle body slammed his high-tech toy out of the sky.

Adam Lancaster, who shot the footage, said: ‘This is the last thing a small bird sees when a Wedge-Tailed Eagle decides that you are dinner.

‘Eagle was fine – she was massive, and used talons to ‘punch’ the drone out of the sky.
‘Hung around overhead so I got a really good look. 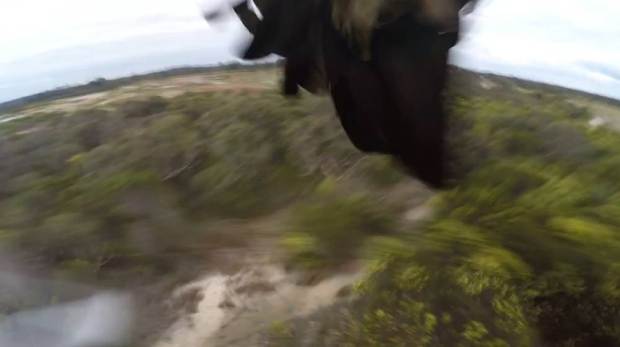 ‘Do not fly drones near birds of prey, they clearly attack seeing you as a threat or the right sized dinner

‘This will cost you money and potentially harm to the bird. This one was fine. The drone needed some attention before it could fly again.’

What did he learn from the episode?

‘If you see a bird of prey while flying. Land,’ he said.