Man Gets Paid $1 Million While Travelling the World 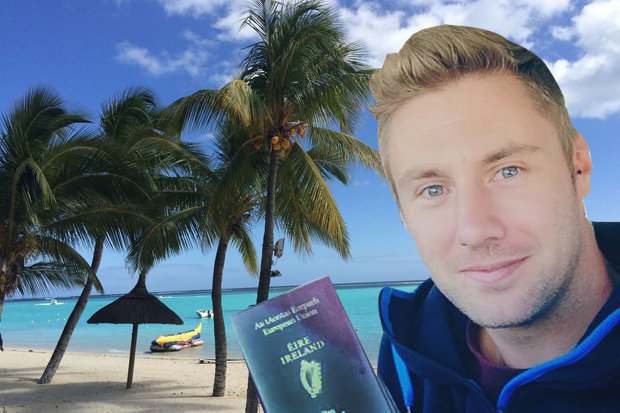 A 31-YEAR-OLD has become a millionaire while travelling to every country in the world and we are seriously jealous.

Imagine being free to travel the world without any limitations, while also raking in a hefty salary.
That is exactly what a man called Johnny Ward is doing.
In 2010 the 31-year-old set off on a mission to "visit every country in the world and become a millionaire at the same time without working 9-5. Ever".

And the ultimate jetsetter is doing just that and pulling in $1000 (about £640) a day in the process.
The business owner, from Ireland, graduated from university in 2006, and did summer work at camps in the USA, as well as teaching English in Thailand.


To raise the money to go to these places, he put himself through medical research at an Irish hospital.

Then in 2009 he got a sales job in Australia, but hated the restraint of limited holiday days and the daily grind of a 9-5 job despite earning up to $20,000 a month off commission.
So he made the brave decision to quit his job and do what he really loves – travelling.
"I felt like it wasn't fulfilling in any way and I wasn't free, having to ask for permission for take time off - and I don't do well with authority," he said.

With the money he had saved from his "boring" job he packed his bags and headed to Africa for the 2010 World Cup.
He started a travel blog and soon realised he could make some serious money after someone gave him $80 to advertise on his site.
This is where he got the idea to set up an online media company called Step4Ward Media.
The business provides web services like creating content and managing SEO. He has now made over $1 million and can work from anywhere in the world.

And his jealously-inducing social media accounts state that he has already visited 153 countries including India, Australia, Thailand and Nepal.
Would you pack it all in for a life like this? We certainly would.