Shakespeare May Have Been HIGH When He Wrote His Works 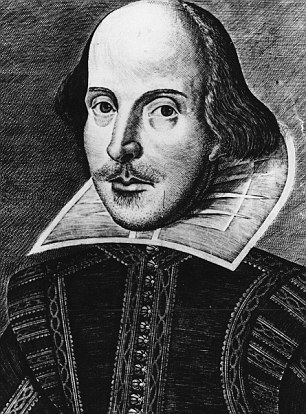 William Shakespeare could have written his plays under the influence of drugs, according to researchers who have identified traces of cannabis in pipes found in the author's garden.
South African scientists carried out a chemical analysis on broken pieces of pipe found in Shakespeare's garden in Stratford-upon-Avon, as well as in the grounds of his neighbours' homes.
They discovered that four of the pipes from the playwright's house had traces of cannabis on them - implying that Shakespeare himself may have enjoyed the drug.
Two pipes found nearby had apparently been used to smoke coca leaves, but the researchers suggest that the great writer deliberately rejected the more potent narcotic.


Francis Thackeray, of the University of the Witwatersrand in Johannesburg, says that both cannabis and coca were considered variants of 'tobacco' during the Elizabethan period.
Cannabis had been known in Europe for centuries by Shakespeare's time, while coca is native to South America and came to the Old World thanks to explorers such as Francis Drake.
Writing in the South African Journal of Science, Professor Thackeray describes how he obtained the pipe fragments from the Shakespeare Birthplace Trust and submitted them to scientific analysis.
He used a technique called gas chromatography mass spectrometry, which involves separating out different chemicals to discern the make-up of a particular residue.

While it cannot be definitively proven that Shakespeare himself smoked cannabis, the results strongly suggest that the drug was used around the time he lived in the house.
Pointing to the popularity of mind-altering drugs, Professor Thackeray writes: 'One can well imagine the scenario in which Shakespeare performed his plays in the court of Queen Elizabeth, in the company of Drake, Raleigh and others who smoked clay pipes filled with "tobacco".'

There may also be a clue to the Bard's own drug habits in one of the sonnets, which rejects 'new-found methods and compounds strange' in favour of 'a noted weed'.
While this is generally seen as a reference to poetic innovation, Professor Thackeray suggests that in fact it is a coded reference to drug culture.
'Shakespeare may have been aware of the deleterious effects of cocaine as a strange compound,' the academic writes. 'Possibly, he preferred cannabis as a weed with mind-stimulating properties.'
The chemical analysis, which has been ongoing for more than a decade, has been linked to a supposed new portrait of Shakespeare found in a book from 1597.
John Gerard's Herbal, which contains an engraving said by historian Mark Griffiths to show the great playwright, makes frequent references to the new types of 'tobacco' introduced to England by Drake shortly earlier.