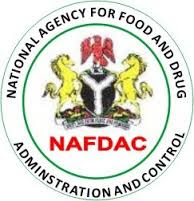 The National Agency for Food and Drug Administration and Control (NAFDAC) has uncovered an illegal factory within the Trade Fair Complex in Lagos, loaded with various expired food condiments worth millions of naira.It arrested a 24–year-old, Mr. Victor Ebuka Okeke, in connection with the expired products.The factory, which was originally a one- shop, was said to have been used to stock, re-validate and distribute expired products. Some of the expired products discovered in the factory include expired Maggi Sauce with manufacturing dates: 15/08/2011 and expiry dates: 15/08/2014, Amoy Dark Soy Sauce, Costa Corned Beef and Exeter Corned beef, among others.

For the Costa Corned Beef, whether expired or not, the 24-year -old suspect, changed their labels to Exeter Corned Beef, which, according to him, was to attract patronage because it was a fast moving brand in the market.
Addressing reporters shortly after the exercise, the leader of the NAFDAC team and Assistant Director, Enforcement Operations, Mr. Shaba Mohammed, said the agency had been on the trail of the alleged owner of the factory, following intelligence report.He said the suspect, who also claimed to be the managing director of the factory, was caught re-validating the expiry dates of Maggi Arome sauce and Amoy Soy sauce, smuggled into the country from Ghana, from 2014 to August 2016.According to him, the products expired in August 15, last year.“The suspect was also caught changing labels of Costa corned beef to Exeter corned beef,” he addedMohammed, who said the suspect had refused to provide information regarding the whereabouts of over 902 cartons of expired Maggi sauce, said the agency would charge him to court for counterfeiting.“We have arrested the suspect and evacuated the remaining products in the illegal factory. We are also charging him for counterfeiting. Some of the products were not registered by NAFDAC. The products were smuggled in from Ghana. What we found cannot be consumed. We saw two drums filled with ordinary water which he used to immerse the products and the labels will remove without any trace and are replaced with re-validated labels.”He added that most of the re-validated products had been pushed into the market.Mohammed said consuming such products could lead to terminal diseases, such as liver and kidney ailments, which are on the rise in the country.He said the sauces are sodium-based products that could cause hypertension, if consumed.The assistant director also said the suspect would be arraigned in court.“Every single thing that is here is dangerous to human health.”Okeke, who claimed to hail from Njikoka in Anambra State, said he was forced to re-validate the dates to recover the money he spent in importing the products.“The goods expired after I have sold over 100 cartons. I don’t supply but people come and buy from me.”Asked why he was changing their labels, he said: “When the products got expired in my hands , in order to recoup my money, I decided to change the products’ details.”On the people he supplies the products to, he said retailers come to his shop to buy them.“It is not a factory or a warehouse. All my products are from Ghana. I bought the labels from somewhere,” he said.The Director-General of NAFDAC, Dr. Paul Orhii, said the current law, which stipulates a fine of N500,000 or 15-year jail term upon conviction, was inadequate.He stated that the new law sought life jail term and confiscation of assets upon conviction and compensation for victims where the counterfeit product was found to be the proximate cause of severe bodily injury.

Orhii said the new law would also make counterfeiting a non-bailable offence, adding that a whistle-blower clause was also included in the new law. 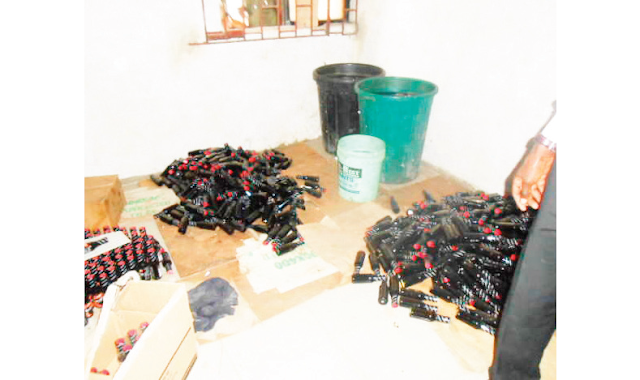