Man Slaughters Housemaid at Onitsha for Refusing Him Sex 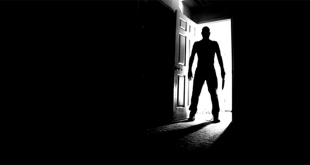 A 20-year old house maid, Chioma Onyegili, was hacked to death yesterday by a 31-year-old son of her madam, Okechukwu (surname withheld), for refusing to have sex with him in Onitsha, Anambra state.

The incident occurred at about 9.30 pm Wednesday at 56 Ziks Avenue Fegge, Onitsha, when the suspect now in police custody used a cutlas to kill the maid for refusing to accept his advances.

Sources according to Daily Sun And Chukwudiiwuchukwu gathered that the deceased girl was living with the 70-year-old mother of the accused who always demanded that the girl sleep with him, which she always resisted. He thereafter slashed the girl on her neck with a machete.

The Divisional Police Officer in charge of Fegge Police Station, Mr. Rabui Garba, a Superintendent of Police who confirmed the incident, said that when the information reached his office he dispatched a team of detectives who swung into action and arrested the culprit.

He said that the suspect would be transferred to State Investigation Department (CID) for further investigation on the matter while the deceased corpse has been deposited to an undisclosed hospital mortuary in Onitsha.

The suspect had confessed to the crime, saying that he had killed some other persons in the past in a similar manner. He claimed that he did not not what pushed him to kill the girl, hinting that he may have been hardened by his past murders.