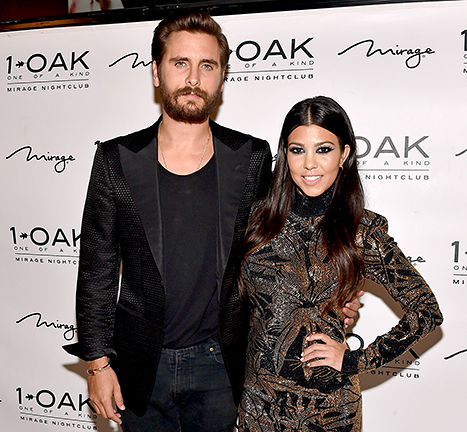 Is Kourtney Kardashian feeling vulnerable since splitting from longtime boyfriend Scott Disick? The eldest Kardashian sister tweeted a link to a 2011 TED talk about vulnerability one month after calling it quits with the father of her three kids on Wednesday, Aug. 5.

"The people who have a strong sense of belonging believe they're worthy of belonging,” Brown tells the crowd. "This is what I have found: to let ourselves be seen, deeply seen, vulnerably seen. To love with our whole hearts, even though there's no guarantee and that's really hard."

Kardashian, 36, called it quits with Disick, 32, after he was spotted getting too close with his ex-girlfriend Chloe Bartoli while on vacation in the South of France last month.

But it seems time may heal all wounds. In the new issue of Us Weekly, a source tells Us that “Scott misses Kourtney a lot” and they they "think they’ll work out.”

As previously reported by Us, Kim Kardashian’s sister also misses her Lord. “She wants Scott back,” another source told Us, adding specifically that she misses a sober Disick. The insider explained that Kourtney hopes that seeking sole custody of Mason, 5, Penelope, 3, and Reign, 7 months, “will scare him enough to get help.”

Disick, for his part, has also hinted he misses his other half. “When u realize the grass isn't always greener,” the troubled star captioned an Instagram of his table card at a wedding that read, “Scott Disick guest.”