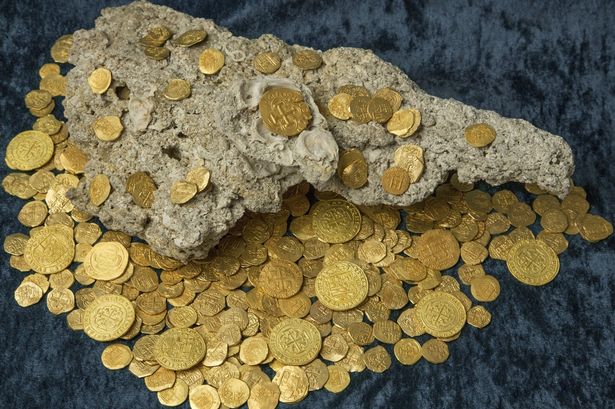 The 350 Spanish gold coins were found 300 years to the day after a fleet of ships sunk in a hurricane while en route from Havana to Spain.

Treasure hunters have found a trove of $4.5 million worth of Spanish gold coins in Florida.
The discovery was made 300 years to the day after a fleet of ships sunk in a hurricane while en route from Havana to Spain, the salvage owner said.
The 350 coins include nine rare pieces, known as royal eight escudos, which are being transported to the King of Spain, according to Brent Brisben.
His company, 1715 Fleet - Queens Jewels, owns the rights to the wreckage.
Only 20 such coins were known to exist prior to the recovery of the nine royals, Brisben said.


William Bartlett, 51, the diver who spotted the haul, said: "The gold looks like it fell into the water yesterday."
Bartlett was part of a three-man crew aboard Brisben' boat S/V Capitana when it found coins in shallow waters off Vero Beach, Florida, on July 30.
The search site was picked because it was close to a previous discovery.
On the same day in 1715, a hurricane tossed 11 treasure-laden Spanish galleons on to reefs off Florida' East Coast, sinking them in the early hours the following morning.
Today, the wreckage is scattered over a wide area.
The coins found by Bartlett are part of the now-scattered treasure transported by the galleons, which have since broken up.
Bartlett said the crew used the boat propeller to blow a hole in the sandy ocean floor to reach bedrock eight feet (2.4 meters) down. The salvage operation lasted five days.
Like many Florida treasure hunters, Bartlett, a Pompano Beach kitchen and bathroom remodeler, dives as a hobby.
He said he did not hunt treasure for the money, and declined to say how much he would receive under contract with 1715 Fleet-Queens Jewels.
"I'm just a guy on a boat living the dream," Bartlett said.
Hunters like Bartlett typically work under contract with the company, which grants them a percentage of their find after the state of Florida exercises its right to 20 percent of the haul.
The company acquired legal custodianship of the sunken fleet from the heirs of world-renowned treasure hunter Mel Fisher. 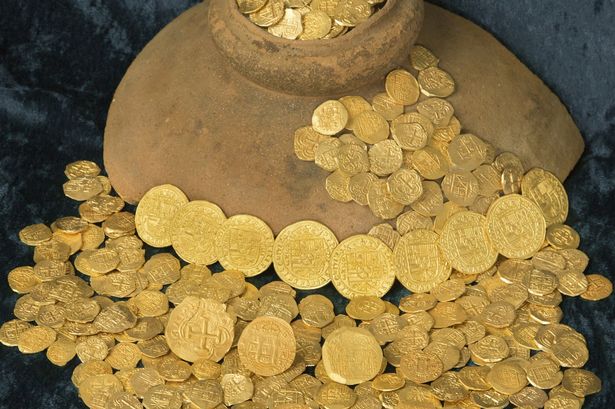 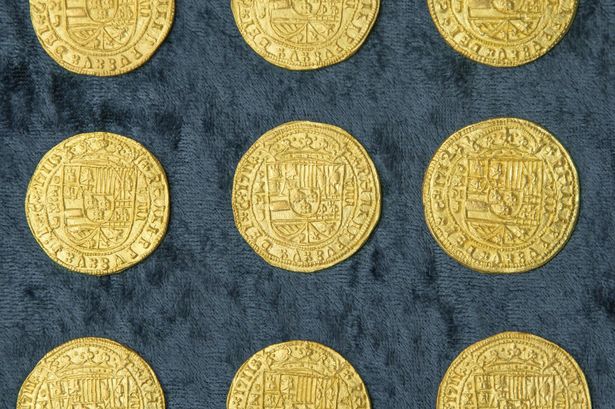