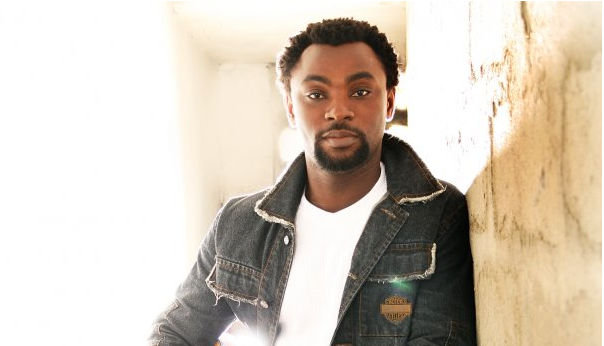 This is another article by Etcetera where he thinks listening to 'We Are The World by African all stars' is a waste of time and thinks the song is total rubbish.

"Well, I think I’m finally safe to write this article, since I’ve set up my e-mail software to automatically filter out any messages containing swear words. Sincerely, I don’t know if there’s any song that made me change the TV station faster than this one. If I didn’t, I’d have been doomed to have a group of adults with hideous and unsync voices chanting,“we are the children” over and over in my head for the next six months.

And that certainly isn’t all that’s wrong with the song. Michael Jackson would probably be spitting and cursing in his grave right now, like a pregnant woman with whitlow on her ten fingers and toes. What the heck were they thinking changing his beautifully composed piece of art to the most insipid crap ever written?


I’m going to tell you this for free; don’t listen to We Are The World by African all stars unless you’re trying to get a bone out of your throat. That is only when the song would be useful.
We know that African music isn’t made up of the best singers anymore, but honestly, how did they think that they could fill up a seven-minute song with nothing but monotonous chanting of the same feeble chorus over and over again?
The humorous highlight of the song is Kcee’s ridiculous line “There’s a choice we making, we saving our own lives.” Never has the word (saving our own lives) meant so opposite. And the only choice that could have been made by the organisers was not to have included Kcee in the song. He was even off key for Christ sake. Kcee, your hilarious accent is to be commended.
Luckily I could warn the rest of you who haven’t listened. Kcee is the first reason this is the most repulsive rendition of this song ever.
There were other worse vocals like Sean Tizzle’s, but Tiwa Savage sounded like a two- year- old being dragged out of a toy store. She should know when to keep the vibrato off her voice. And For a minute I thought Banky W was going to faint. Whoever chose the key to this song should have been reminded that most Nigerian singers are all about auto-tune and can’t hold their notes.
Jesus Christ, what is happening to music? This is easily the worst combination of voices in human history. Only the most despicable revisionist historian could possibly claim that this song is anything close to good. It’s nothing more than a hideous irritation festival from the individual who sold the idea to the sponsors.
While writing this article, someone suggested that maybe vocals wasn’t the criterion for selecting the artistes. REALLY? Are you kidding me? Then they should have gone for the kill. Artquake should have been in there somewhere, Or perhaps even Daddy Showkey. A number of you are probably thinking “hey, come on, I kinda like that song.” Of course, every lover of today’s Nigerian music will surely like the song. This is the musical equivalent of Agege bread: it’s meant to be packed with so much artificial crap that it’s bound to appeal in some way to Nigerians.
No matter how musically credible you are, no matter how much cutting-edge indigenous songs you listen to, whether you snore in baritone in your sleep or not, this song is a shame. It is the kind of rendition that makes today’s Nigerian music uncool. If you have listened to it, the fact that the singers were trying too hard to sound like the original version should have made you turn off your TV in disgust. If you haven’t, download it right now. I dare you to try to make it through the first 10 seconds. It is the ultimate endurance test.
If you’d care to suggest another song for me to review, you can always feel free to do so by e-mailing me at mail@etceteralive.com. If you’re the guy who e-mailed me about being a Wizkid fan, for the love of God, get some help.